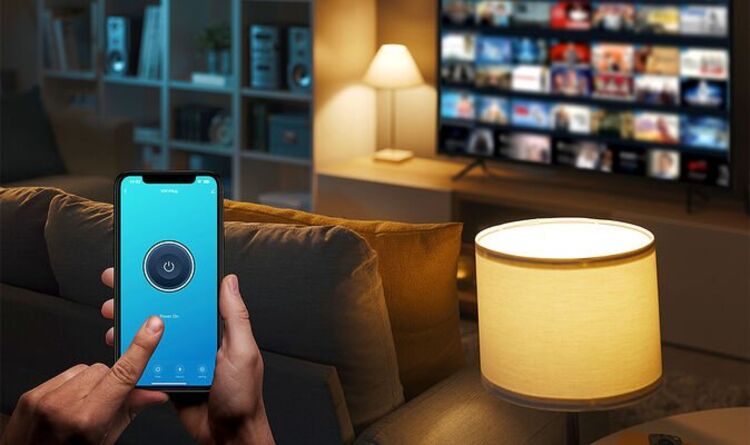 Humax has launched a Smart Plug that allows you to monitor the amount of power your devices are consuming – and switch them off from anywhere in the world to save money on your next electricity bill. The cost of living crisis entered a daunting new phase this month as the energy price cap rose by 54 percent, leaving households with skyrocketing bills for their central heating, cooking, and showers.

Keeping tabs on the appliances and gadgets in your home that are using the most power – even when in a standby or sleep mode – is a simple way to keep your electricity usage to a minimum. Humax’s Smart Plug will measure milliamps (mA), power (W), voltage (V), and total kWh for any device plugged-in. This data will be mapped-out in graphs and the companion app on your smartphone – available on both iOS for iPhone, and Android – which lets you track trends with historical data.

But the Humax Smart Plug isn’t just about measuring milliamps, it packs a number of the usual tricks that you’ll find with a Wi-Fi enabled plug. Using the companion app on your iPhone or Android handset, you’ll be able to switch whatever is plugged into the Smart Plug remotely. You can also set timers, which is a useful way to switch on a lamp when you’re away so that it looks as if someone is home – a handy deterrent for burglars. You can also set the Smart Plug on a schedule, so that your lights always switch off at midnight, to prevent you from ever forgetting to turn off the lights – saving more money.

The Smart Plug is available to order today, and costs £14.95. For comparison, Amazon charges £24.99 for its Amazon Smart Plug, which (as you’d expect) is only compatible with Alexa, not Google Assistant. So you’ll have to stick with its smart home AI assistant to continue using its features.

Humax’s first Smart Plug is also compatible with Amazon Alexa and Google Assistant, so you’ll be able to integrate it into an existing smart home setup. Once setup, you’ll be able to use the name of the Smart Plug to control its features using Alexa or Google Assistant. For example, you could say “Alexa, turn off the living room lamp”. You can also include it within Alexa Routines, which chain together a number of different functions when Alexa hears a certain voice command. For example, saying “Alexa, it’s time for dinner” could switch off the Smart Plug used for the television, dim smart lights, and start playing a favourite playlist from your Amazon Echo.

Furthermore, the Humax Wi-Fi Smart Plug is compatible with If This Then That (IFTTT), an online service that links together a number of smart products. For example, you could create a sequences so whenever the smart doorbell or camera picks up an unexpected visitor at night – your living room lights switch on. Or you could have all of the lights dim when you use a voice command like “it’s time for a film”.

Humax says its new Smart Plug was designed from the ground-up with safety in mind and is equipped with an automatic child-proof closure mechanism that covers the pin entry points for protection against accidental shocks.

James Sandison, head of UK sales at Humax, commented: “With the rising cost of energy, we are all looking for ways to save costs in our homes. Thanks to the Humax Wi-Fi Smart Plug, families can keep a close eye on energy consumption, while controlling their appliances from anywhere. With the ability to remotely check whether devices have been switched on or off, the smart plug also provides owners with added peace of mind when away from home.”

Windows 11 release date: when can Windows 10 users upgrade to...

You can now delete the last 15 minutes of your Google...