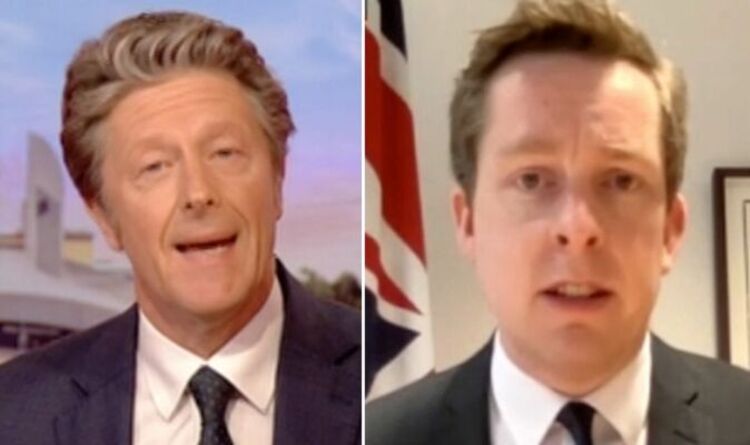 Stayt asked: “Can we go through the basics because it would be really helpful but I think there’s some confusion, what’s the £120 million [for]?”

Pursglove replied: “The £120 million pounds is to establish this economic development partnership in the first place. And then of course, as we move forward as people are relocated to Rwanda, we will continue to make contributions that will mean that that partnership is able to develop over the period ahead of us, but they’re also consistent with the sorts of sums of money that we’re spending on dealing with this issue currently in this country.

“But that should help us to ensure that in the fullness of time, we’re able to reduce some of those costs because we have to get this under control. It is completely unacceptable and unsustainable to have 1000s of people making these dangerous crossings of the channel, for example, as we move forward.

Stayt probed: “So the £120 million is a down payment. How much will it cost? Per person that we want to send to Rwanda?”

“No, so what we will be doing is we will be supporting the ongoing costs of the resettlement of those individuals in Rwanda that obviously will depend upon the individual’s circumstances.”

“Can you give me an estimate of those figures because I know Boris Johnson said he didn’t want to write a blank check but if you haven’t got the numbers, this is a bank check?” the newsreader questioned.

‘This is a blank cheque!’ Charlie Stayt hits out at MP for Rwanda migrant deal cost