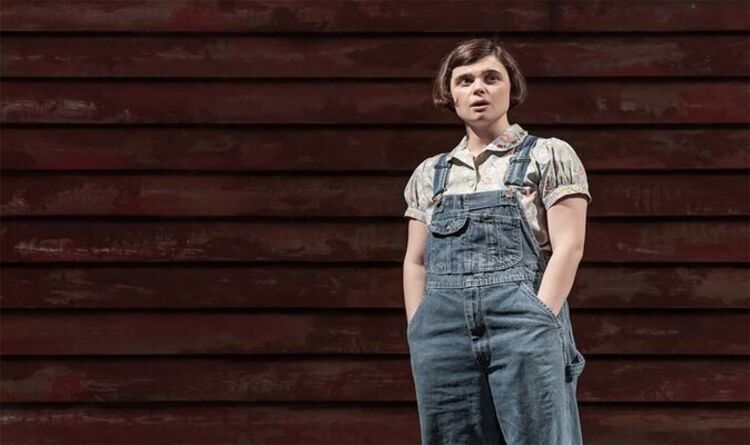 He is a decent, single father of Scout (Gwyneth Keyworth) and Jem (Harry Redding) who observe and comment on their father’s defence of Tom Robinson (Jude Owusu) on trial for the rape of a white woman.

Robinson is innocent but in the American south of the 1930s, an accused black man is a dead black man.

By focusing on the trial itself, Sorkin cuts to the chase, jettisoning the context and reducing it to a few smart lines about US history.

The Civil War, he says, did not occur 70 years earlier but “yesterday” to many white Southerners.

In realigning the story to fit the current narrative, Sorkin loses the subtle nuances of small-town America, along with the novel’s theme of childhood innocence slowly eroding.

Sorkin also reframes Atticus Finch’s belief that there is goodness to be found in everyone (even appalling racists) as a form of arrogance, which black housekeeper Calpurnia (Pamela Nomvete) challenges.

There is much good work here, nonetheless; the two principal black characters Robinson and Calpurnia have been augmented.

Miriam Buether’s abandoned factory set into which courtroom furniture and Finch’s front porch are flown in and out reeks of Depression-era indigence.

More problematic is the sidelining of the mysterious Boo Radley and the caricature of abuser/racist Bob Ewell (Patrick O’Kane).

People are not born with racist views, as Oscar Hammerstein II wrote in South Pacific, “You’ve got to be taught/To hate/And fear…”.

While it is a solid, conventional production, the eagerness to appear a la mode diminishes its source material.

To Kill A Mockingbird review: Not Harper Lee but a solid, conventional production