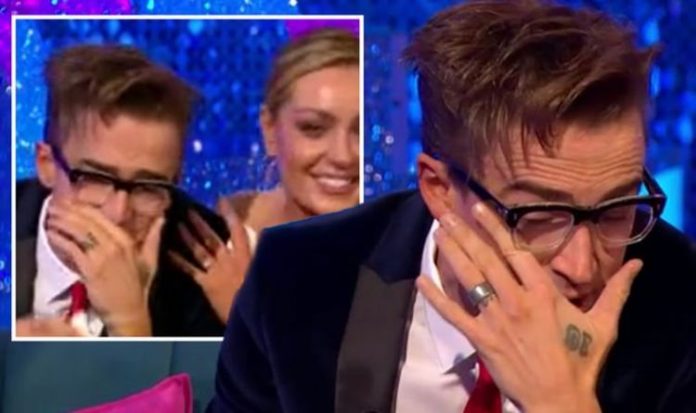 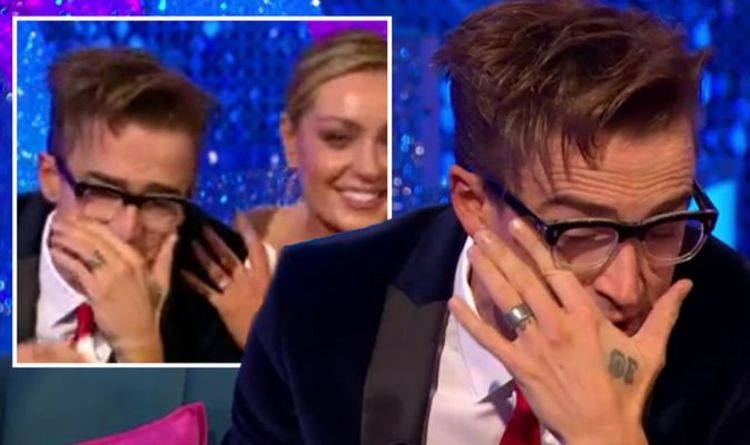 Tom Fletcher and Amy Dowden became the latest Strictly Come Dancing couple to say their goodbyes on Sunday evening, just weeks before the BBC competition’s grand finale. The McFly singer and his pro partner faced off against Rhys Stephenson and Nancy Xu in Sunday’s dance-off but the judges opted to save the CBBC presenter instead. While Sunday’s results show was an emotional affair, it wasn’t until Tom and Amy joined Rylan Clark-Neal on It Takes Two on Monday that the tears began to flow.

From the get-go, Tom joked the emotions would soon get the better of him as he warned Rylan not to “be nice” to him.

And while Tom and Amy kept it together during their recap of their time on the show with Rylan, the tears soon flowed as they watched their best bits.

As clips from their first meeting, rehearsals, live shows and, of course, final dance-off played on-screen, Amy and Tom reached for the tissues.

And once the compilation ended and the cameras returned to the studio, Rylan said to the emotional McFly singer: “Tom, I can see just how much this journey has meant to you.”

Tom then clutched his face to try and stop the tears as Rylan reassured him: “Listen, don’t be embarrassed because this is what a show like this does.

“It takes over your life,” Rylan went on. “It becomes such a big part of your life.

“Amy becomes literally your best friend,” the It Takes Two host added before Tom tried to bring some humour by chipping in: “Can’t get rid of her.”

However, Tom then went on to reveal he and Amy are going to continue dancing together – with a training session booked in for this week.

“Look, you don’t need to be embarrassed in the slightest,” Rylan said as Tom triumphantly replied: “I’m not embarrassed.”

Rylan then went on to ask Tom what his children made of his time on the show and subsequent exit.

“Buzz cried the next morning, yeah,” Tom said as Amy let out an “awww”.

“Bless him,” Tom continued. “They’ve been on this journey with us, you know.

“Amy’s taught them to dance, they’ve loved up every second,” the McFly star added before Amy said: “They were dancing last night with me here.”

On Saturday evening, Tom and Amy had hoped their final dance for Musicals Week was enough to see them through to the next stage of the contest.

However, the pair were only awarded a score of 31 for their routine – leaving them tied at the bottom of the leaderboard with Dan Walker.

Dan and his partner Nadiya Bychkova were saved by the public vote and avoided the dance-off, however.

While John Whaite also lingered near the foot of the leaderboard with 32, he too escaped the dreaded scenario.

Instead, it was Rhys and Nancy who faced off against Tom and Amy – despite impressing and earning a score of 32 on Saturday.

It Takes Two airs weekdays at 6:30pm on BBC Two.

Tom Fletcher breaks down in tears as he opens up on Strictly exit: ‘Not embarrassed’