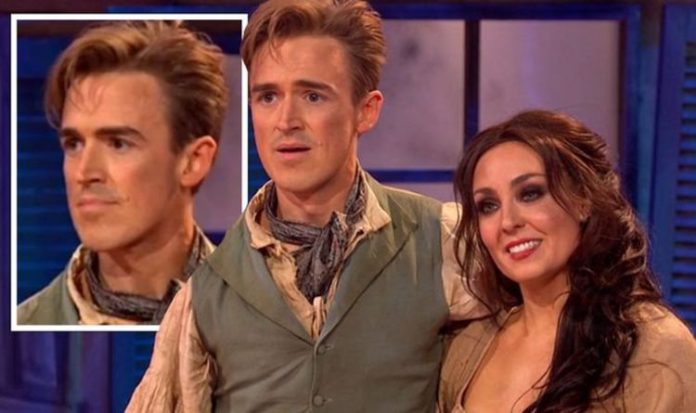 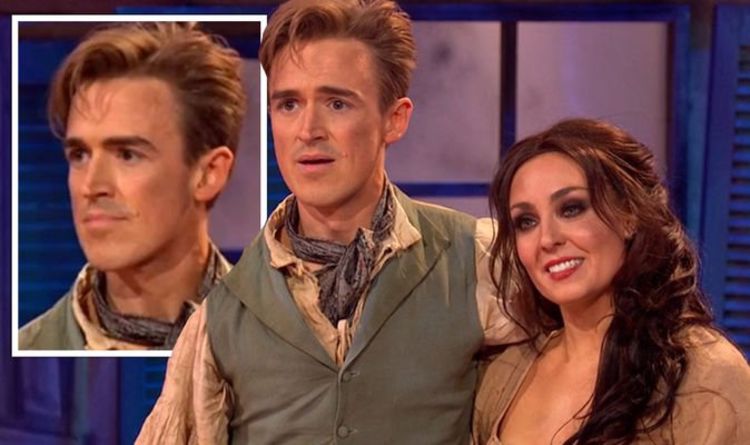 Tom Fletcher supporters have jumped to the star’s defence after his performance received a low score by Strictly Come Dancing‘s judging panel. The McFly frontman and his dance partner Amy Dowden performed an emotional routine to On My Own from Les Misérables which he dedicated to his sister Carrie Hope Fletcher, who has played Éponine in the West End show. However, his fans were left outraged by his score of 31, with some asking if the judges were “trying to get him out”.

Rachel Elizabeth was one of the star’s fans who took to Twitter to say: “How was it only Tom that got negative comments and none of the comments were even about his dancing? Are they trying to get Tom out or something? #strictly”

Julie Johnson added: “Best dance of the night was definitely Tom Fletcher #StrictlyComeDancing. There is no way Tilly was better than him or Rose.”

Erin Tomorrow remarked: “What the f**k am I getting told? Why is @TomFletcher [at] the bottom because it wasn’t emotional enough????

“It’s a dancing competition and you can’t tell someone how they feel when they aren’t them! not buying it @bbcstrictly.”

Shirley Ballas told Tom he had “style” but she had to agree with Motsi, saying: “If you want to cry, let it go. You cried in the VT and you really felt for your sister. But this was a miss for me.”

“I have to say I enjoyed it, you were more powerful. I enjoyed the performance and I enjoy Musicals Week.

“My only criticism is that I could see exactly what was coming when you started coming towards me.”

Following their critiques, judge Cynthia Erivo scored Tom and Amy a seven and the other three judges all scored them an eight, which brought their total to 31.

They were one of the lowest-scoring couples of the evening which caused Tom’s fans to take to social media to defend his routine.

Jessica O’Reilly of Ladbrokes said: “Despite topping the leaderboard with a perfect score Tilly [Ramsay] finds herself in a three-horse race with Dan [Walker] and Tom to face elimination on Sunday.”

The Strictly Come Dancing results show airs on Sunday on BBC One.