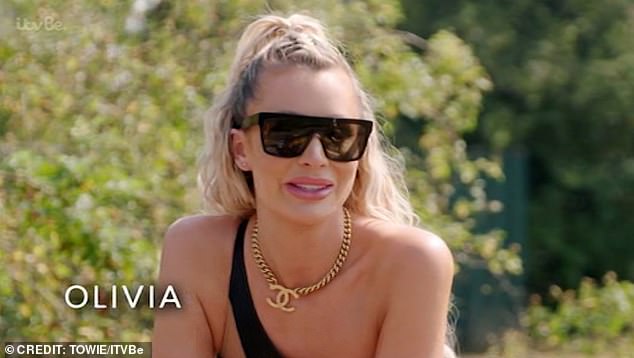 By Connie Rusk and Bryony Jewell For Mailonline

TOWIE has received 176 Ofcom complaints after viewers said they were left feeling ‘uncomfortable’ during Sunday’s episode.

During the show, Olivia Attwood, 29, Nicole Bass, 28, and Clelia Theodorou, 25, were all accused of bullying 19-year-old Chloe Brockett.

The women started arguing when the group waded into a row between Chloe and Ella-Rae Wise, after she had slept with her former BFF’s ex, Jack McDermott.

While the episode was airing many viewers took to Twitter to say express their concern about the trio’s treatment of much younger cast mate Chloe B.

And now 176 people have lodged a complaint against the popular reality TV show since Sunday.

An Ofcom spokesperson told MailOnline: ‘We are assessing these complaints against our broadcasting rules, but are yet to decide whether or not to investigate.’

While a TOWIE spokesperson said: ‘Only Way Is Essex follows the real lives of our cast and as such we see their celebrations, make ups, break ups and disagreements. 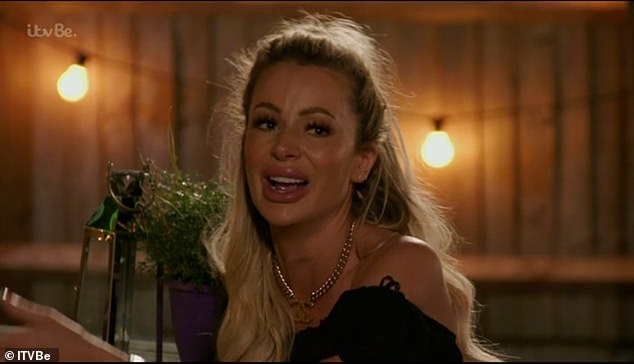 Accusations: Several fans took to Twitter to say they were feeling ‘uncomfortable’ during the scene and accused Olivia (pictured) of bullying her younger castmate

‘What you see on screen is based on the thoughts and opinions they choose to raise as part of telling their story. We have a robust support system in place to ensure the cast are supported before, during and after filming.’

During the row, insults were thrown by both Chloe and mainly Olivia as Yazmin Oukhellou watched awkwardly on the sidelines.

When Chloe asked Olivia why she called her a ‘poisonous little creature’, the former Love Island star replied: ‘I thought you was vile and poisonous. You went at Clelia last year like a Jack Russell.

Having their say: The row first occurred when the group waded into a row between Chloe and Ella-Rae Wise, after she had slept with her former BFF’s ex boyfriend, Jack McDermott

‘I do feel a bit sorry for you, you haven’t got any friends your own age, you’re hanging around girls a lot older than you and you’re angry. I don’t know why you’re so angry but you are.

‘The thing is I thought the other day “maybe was what I said a little bit too harsh” but the way you’ve conducted yourself, I’m bang on.’

Chloe told her: ‘All I’m saying is, when you called me a ‘poisonous little creature’, you don’t know me’.

Olivia interrupted: ‘I do know you, I know loads about you. I’ve seen the way you treated my friend.

Fury: Viewers were outraged by the scenes. One wrote: ‘This is three on one, and that’s disgusting promoting bullying behaviour’

‘Your mum Claire what does she pay you an hour to babysit you? Because I would like to know’, to which the other two girls sniggered.

The argument reached fever pitch when they continued to throw insults about each others’ age, Chloe calling Olivia a ‘lanky old troll’ while Nicole called Chloe ‘young’ and ‘stupid’.

Chloe hit back: ‘Shouldn’t you be focusing on your own wedding?’, to which the feisty former grid girl replied: ‘You’ll never get married because no-one likes you’. 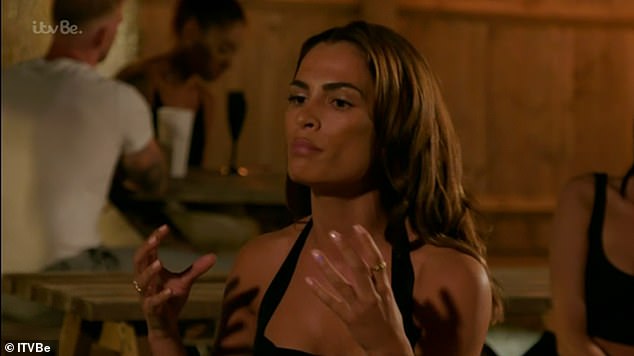 Mean: The argument reached fever pitch when they continued to throw insults about each others’ age, Chloe calling Olivia a ‘lanky old troll’ while Nicole called Chloe ‘young’ and ‘stupid’

Mixed opinions: However others seemed to side on Olivia’s side. One viewer said: ‘Yes @oliviajadeatt! You are spot on about Chloe!’

Viewers were outraged by the scenes. One wrote: ‘This is three on one, and that’s disgusting promoting bullying behaviour regardless to if Chloe B is in the right or the wrong. Three people are attacking her I don’t blame her for reacting the way she does.’

Another fan of the show typed: ‘I love that Chloe is taking on all 3 of those old witches on her own – Nasty pack mentality is bullying. Good on Chloe for standing up for herself.’

A third viewer added: ‘A bunch of cold bullies’, while another wrote: ‘really feel for

@chloebrockett, the older girls really should grow up and be the bigger people and stop carrying the mean girl name calling thread on’.

Hurtful: Chloe told her: ‘All I’m saying is, when you called me a ‘poisonous little creature’, you don’t know me’

‘I’m sorry but grown women aged 26+ sitting around talking badly about a 19 year old girl doesn’t sit right with me and I honestly don’t understand why the producers allow it. Its not entertainment it’s bullying. CALL IT WHAT IT IS,’ a different fan wrote.

However others seemed to side on Olivia’s side.

One viewer said: ‘Yes @oliviajadeatt! You are spot on about Chloe!’

A different fan added: ‘ Chloe isn’t being bullied at all. She’s toxic and Olivia is right she’s an angry person she’s bitter and jealous. She needs therapy doesn’t matter what age you are. Her mouth gives as good as she gets’

Another said: ‘Chloe B’s comments are on a another level of immaturity. Name calling should have been left in high school not followed you into adulthood’.

The reality star wrote: ‘I know there’s a lot of talk atm about me being bullied, I appreciate everyone’s concern, however this is a show and everyone is entitled to their own opinions and I am completely FINE. Towie would not allow bullying to go on and always put our welfare first.’

Meanwhile, multiple references were made to the argument during Wednesday’s episode, with Olivia using it to explain to her pals why she wanted to leave Essex and be with her beau Bradley Dack in Manchester. 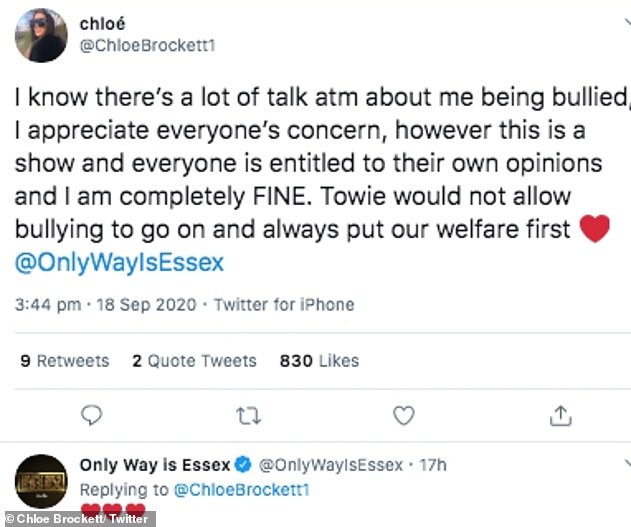 She’s off: Olivia revealed that she was leaving Essex to be with her beau Bradley during Wednesday’s episode

After being asked how she and Bradley were getting on, Olivia explained that she’s been feeling conflicted about where she spends her time.

She said: ‘We need to prioritise our time, I can’t choose house while I’m down in Essex all the time running around sometimes behaving like a bit of an idiot…

‘I’ve got my fiancé in Manchester and should be by his side really, not drinking in pub gardens arguing with little girls.

‘It’s a real dilemma in my mind, I ned to work out what my priorities are and if they’re in the right place… I need to think, I feel like I’m here there and everywhere and right now nobody’s winning.’

While Chloe B told Saffron that she doesn’t ‘care enough about their [Olivia, Nicole and Clelia] opinions to get angry about situation’ at the beer garden.

TOWIE continues at 9pm on Sunday on ITVBe.