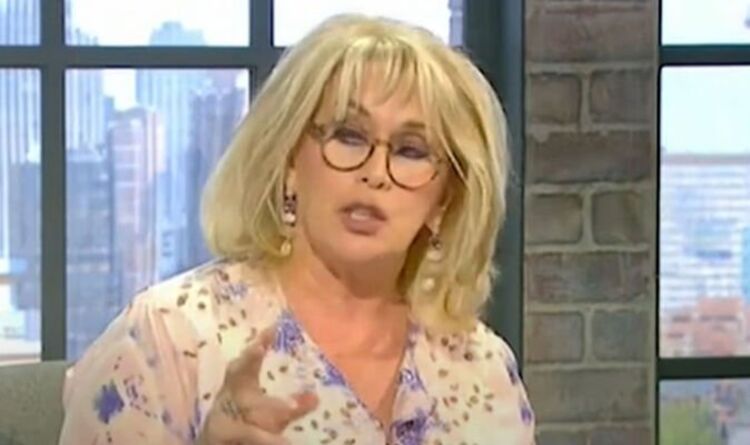 Prison inspectors have advised prison officers to not shout at inmates in case it upsets them, the report said. The paper from five jails, including HMP Low Newton where triple killer Joanna Dennehy is held, said the steps should be taken to maintain good relations between staff and prisoners. Political commentator Carole Malone lost it at the findings and questioned why they should be “treated with respect”.

Speaking on the Jeremy Vine show, she said: “For every violent crime and the people in prison usually have committed violent crimes.

“For every crime, there is a victim and there is a family of the victim and all those people suffer mental health issues because of the criminals.

“Forgive me if I don’t afford respect to the people who have traumatised, probably permanently the lives of many people.

“One of the prisoners who was trialled for this was a prison HMP Low Newton and this is where the serial killer, Joanne Dennehy is housed.

“Rosemary West was there until Joanne Dennehy threatened to kill her.

“But Joanne Dennehy did actually kill three people. She tried to kill two more, stabbed them very badly, they only just survived.

“Are we supposed to speak softly and treat scum and she is scum like this, with respect? No, you’re not.”

The report said: “These approaches do not have to be complicated.

A formal consultation on Mr Golden’s proposed Bill is expected to begin next month.

Ahead of that MSPs will consider the issue in a member’s business debate in the Scottish Parliament.

It comes as charities estimated that thefts of dogs increased by as much as 170% during the Covid-19 pandemic, as demand for canine companions soared.

However, there is currently no specific legislation targeting those criminals who steal dogs – with the matter instead simply being considered as theft in the same way as it would for household items.

Mr Golden said that meant dogs were treated as a “commodity” when they are in fact “valued members of the family”.

‘Treat ‘scum’ with respect?’ Carole Malone loses it over demand to be soft on prisoners