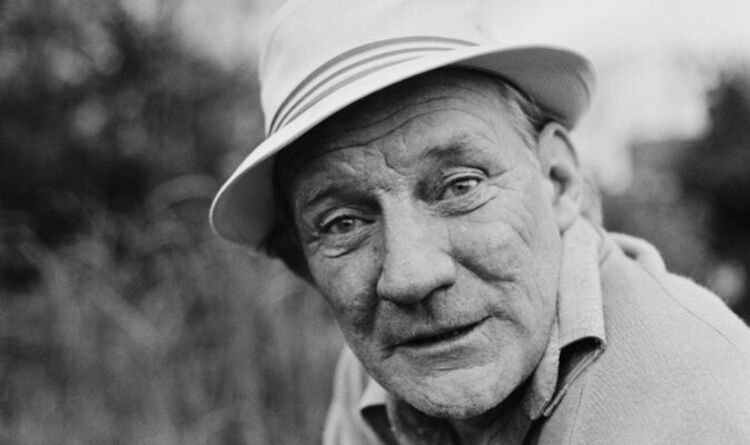 Beloved romantic film Brief Encounter will be broadcast on BBC Two at 3pm this afternoon. The film follows a passionate extramarital affair shortly before the outbreak of World War 2. Laura Jesson, a happily married woman with children, crosses paths with a married man at a railway station, and the pair subsequently fall in love.

The film, which is widely cited as one of the greatest of all time, was nominated for three Academy Awards upon its release, for Best Director, Best Actress and Best Adapted Screenplay.

One of the driving forces behind the classic is Celia Johnson and her co-star Trevor’s onscreen chemistry.

However behind the scenes Trevor was reportedly “insensitive” and unable to appreciate the film’s more emotive plot points.

The actor was also holding back a secret from the rest of the cast which he had used to further his career.

Read More: The Godfather: James Caan was ‘p****d off’ with co-star

Trevor found notoriety after World War 2 by claiming he was a war hero and recipient of the coveted Victoria Cross.

However, years after his 1988 death it emerged that he had been dismissed from the Army in 1943, while War Office records claim that the Brief Encounter star had a “psychopathic personality”.

Trevor was deemed not fit for military service according to the records.

His widow, actress Helen Cherry, initially denied this but after being confronted with official records she said that Trevor’s mother had claimed he was a holder of the Military Cross.

“What’s all this stuff about rain and the fire not starting and the damp wood?

“Why doesn’t he get stuck in?”

The director added: “Trevor was so insensitive that he didn’t know what we were doing half the time.

“He later became a wonderful actor but, oh dear, there were a lot of things that went straight over his head.”

Another secret Trevor had tried to keep from his Brief Encounter co-star’s was his age.

The actor had lied on his CV, claiming that he was eight years younger than the 36-year-old leading lady Celia.

In reality there were only five years between the pair.

Celia even wrote to her husband Peter Fleming when she still believed Trevor was eight years her junior, noting how young her leading man was.

According to Mail Online she wrote: “He has been invalided out of the army and did I tell you the really terrible thing about him is that he is eight years younger than me? Isn’t it dreadful?

“When I first realised it I nearly fainted with shock and horror but now I’m getting acclimatised and treat him like a mother.”