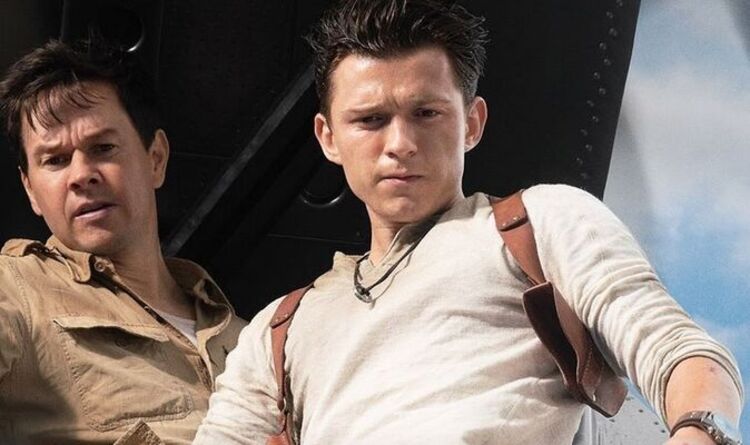 Video game adaptations have historically had a tough time in Hollywood. However, the tide could be turning, with many of the best brands in gaming getting the big-budget treatment in live-action. The Halo show is on the horizon, Fallout is being prepped, Super Mario Bros is about to debut and even rumours of a Mass Effect series are bubbling away. Yet, it’s Uncharted that is next in line, and it’s boasting some major talent behind it. Starring Spider-Man’s Tom Holland and Mark Wahlberg, it’s set to be one of the biggest releases of the year.

What is the release date of Uncharted in the UK?

The Uncharted film is just a few short days away, with the UK getting it one week ahead of the USA.

It will premiere on Friday, February 11 in the UK, while fans in the USA will have to wait until Friday, February 18. The film will be exclusive to cinemas with no word on when it can be expected to drop on streaming. In 2021, Sony signed a deal with both Netflix and Disney Plus which will allow its theatrical releases to premiere on those platforms from 2022 through to 2026. This deal was penned in the USA, so it isn’t clear where Uncharted could drop in the UK.

The film has been confirmed to be 115 minutes in length and has been given age rating of 12A by the BBFC. The original games on the other hand are all rated at 15 by Pegi (Pan-European Game Information).

Who is in the cast of Uncharted?

Leading the cast of Tom Holland as Nathan Drake. He is playing a much younger version of the character than fans are used to. In Uncharted 3: Drake’s Deception, players were introduced to a teenage fortune hunter in a brief flashback and it looks as though the film is taking inspiration from that.

The flashback showed how Drake and Victor ‘Sully’ Sullivan originally met, immediately getting involved in hijinks centring around stealing ancient artifacts. Of course, Sully is the hero’s mentor and best friend, with the pair finding themselves in countless crazy situations over the years.

Sully will be played by Mark Wahlberg, again showing a much younger version of the character when compared to the games. In most of the trailers, Sully is missing his iconic facial hair, though he was briefly seen sporting it in the last teaser. It appears this movie will set up a lot of the instantly recognisable imagery seen in the games.

The Wild’s star Sophie Ali is playing Chloe Frazer, Drake’s on-again, off-again love interest. In the games, she was introduced in Uncharted 2: Among Thieves, bringing in a classic love triangle for the hero.

Tati Gabrielle, Patricia Meeden and Sarah Petrick are all attached to the project as well, though it isn’t confirmed who they will be playing.

Antonio Banderas is the antagonist of the film, Moncada. He seems to have some bloodline connection to the treasure of the story, though he is a completely original character for the film. He doesn’t seem to be based on any of the game’s villains and it isn’t known if any of them will show up.

The biggest omission from the film is Elena Fisher, Drake’s main love interest and eventual partner-in-crime. She was introduced in Uncharted: Drake’s Fortune and went on to be a major part of all the main games. Despite it being unconfirmed, Sony Pictures might be holding off on her to bring her in any potential sequels.

What is Uncharted about?

The Uncharted movie is a wholly original story created for the film, only taking inspiration from the games. While it is set earlier in the timeline, it is not actually connected to the source material and will be taking liberties with much of the established lore.

He continues: “What starts as a heist job for the duo becomes a globe-trotting, white-knuckle race to reach the prize before the ruthless Santiago Moncada (Antonio Banderas), who believes he and his family are the rightful heirs. “If Nate and Sully can decipher the clues and solve one of the world’s oldest mysteries, they stand to find $5 billion in treasure and perhaps even Nate’s long-lost brother…but only if they can learn to work together.”

Uncharted movie: What is the Uncharted release date UK?