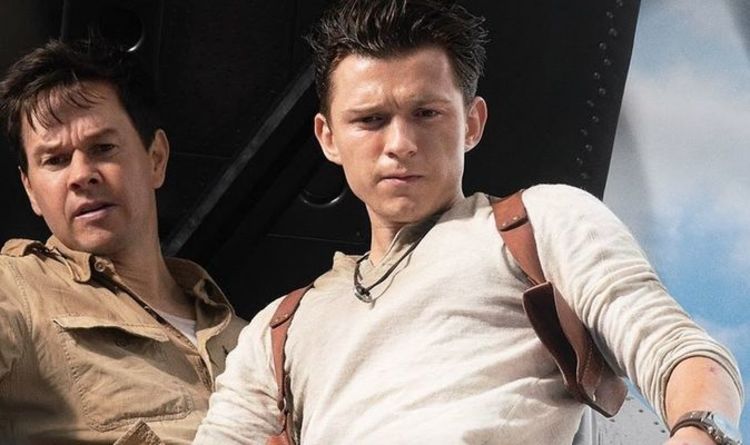 Video Game adaptations in Hollywood have been a controversial topic among fans due to changes from the source material. Now Sony is giving Uncharted a try, based around the hit PlayStation franchise that first premiered in 2007 with Uncharted: Drake’s Fortune. It went on to receive three critically acclaimed sequels focusing on the character of Nathan Drake, along with two spin-offs. Audiences will see a younger take on the explorer in the film, how he met his partner-in-crime and mentor Sully, along with some action sequences ripped straight out of the games.

What is the release date of Uncharted?

Uncharted fans have had an agonising wait for the film adaptation, with the project first being announced in 2008. Once the stars, director and everything in-between were set, it seemed as though the wait wouldn’t be much longer for the premiere. Yet, there have been several delays holding it back due to the pandemic, with the original release set for March 2021.

Now the movie is here, with a confirmed release date of Friday, February 11, 2022, in the UK. For audiences in the USA, they will have to wait an extra week – February 18.

The delays only came after an extended pre-production phase, in which countless names were attached to the project. Jurassic World’s Chris Pratt was a long-time frontrunner to take on Drake, but Firefly’s Nathan Fillion was a consistent fan-favourite. In the end, it was Spider-Man’s Holland who was chosen for the part, immediately confirming this would be a much younger protagonist than original fans were used to.

Who is in the cast of Uncharted?

The Wilds’ star Sophia Ali is playing Chloe Frazer, Drake’s on-again, off-again girlfriend. They won’t have any history in the film like they do in the games, similar to Sully, as they will be meeting for the first time.

Antonio Banderas is playing the villain of the movie, though it has not been revealed who exactly he is. It is believed he is a completely original enemy, one that didn’t feature in the games. In the first Uncharted: Drake’s Fortune, our hero came up against Eddy Raja, though it seems he won’t appear here.

Many fans had held out hope that Elena Fisher, Drake’s love interest who featured prominently across all four main games, would make an appearance in the film. Sadly, she will not be in the new movie, as this is a prequel set before they meet when she is making a documentary about the explorer. She will likely make an appearance in any sequels if they are greenlit.

Director Ruben Fleischer is the filmmaker behind the adaptation, best known for Zombieland and Venom. In a recent interview with Total Film, Holland admitted the search for the right person to helm the project was difficult.

Holland explained: “Some of [the directors] came in, and had ideas that we didn’t like, that just didn’t fit the characters, and we had to move on to other people. We took inspiration from everyone. There were very different variations of Drake, and very different variations of Sully. Some people preferred to make the game, some people wanted to make it completely different to the game. It was an interesting process – one that I wouldn’t like to be in again. It’s quite stressful looking for a director.”

DON’T MISS…
The Batman’s Robert Pattinson ‘haunted’ by joke that enraged fans [INSIGHT]
Spider-Man Across the Spider-Verse 1 & 2: All the details [EXPLAINER]
James Bond: George Lazenby was conned out of thousands of pounds [INSIGHT]

Is there a trailer for Uncharted?

Yes, Sony has released two trailers for the film, with the second dropping just last month. Drake and Sully take centre stage, with their banter ripped straight from the original games. The hero’s brother is also hinted at in the film, suggesting that Sam from Uncharted 4 will be folded into the younger years of the treasure hunter’s life.

The second trailer ends with an explosive action sequence in the sky, as helicopters lift two boats out of a jungle and into the clouds. It is a completely new set piece for the film and one that feels in tune with the game’s out-the-top events.

What is the plot of Uncharted?

The story is set to be a prequel to the events of the games, though it doesn’t take place within the same universe as them. It will see Drake meet Sully for the first time, exploring their close bond and the early days of the fortune hunter’s adventures. The film also appears to be bringing in several moments from the games, with the trailer featuring the iconic cargo place sequence from Uncharted 3: Drake’s Deception. However, the location is different, as while the action on the aircraft is the same, it is flying over tropical islands rather than the Sahara Desert as it is in the video game.

The boat from Uncharted 4: A Thief’s End is also seen, so the movie will be an amalgamation of key events from the franchise. The synopsis reads: “The story is a prequel to the games, starring Holland as a younger Drake, showing us details of how he came to meet and befriend Sully.”