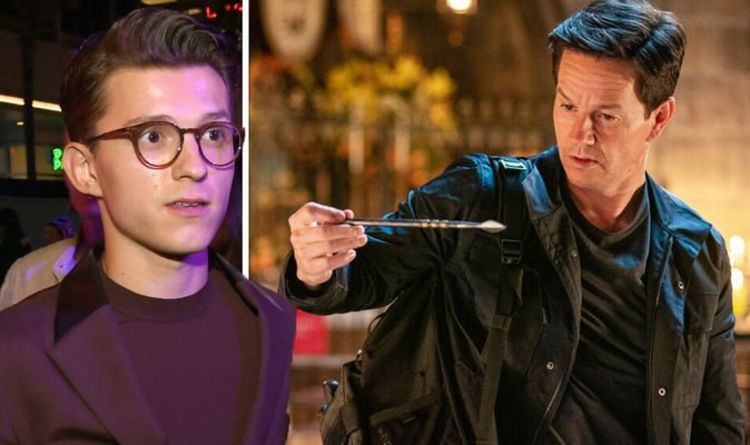 The highly-anticipated Uncharted movie hits cinemas in just a few days and tells the story of the legendary thief Nathan Drake and his sidekick Victor “Sully” Sullivan. Based on the Sony video game of the same name, Holland and Wahlberg play Nathan and Sully respectively, but the Spider-Man actor wasn’t playing when he received what he thought was a sex toy from Wahlberg.

Both Wahlberg and Holland are men who work hard on their appearance. In fact, recently Holland explained how he was forced to step up his workout regime when he saw how buff Wahlberg had become. He explained: “I realised that Mark was so much bigger than me. And then we shut down because of COVID; we had a five-month hiatus. And in that hiatus, I did nothing but train and train and train and train.” But this new obsession with working out left Wahlberg eager to help out his new little pal.

So he gifted Holland a touching tool that he would – hopefully – use daily.

Holland recalled being given the gift, a massage gun, and thinking it was used for something else. He said: “Mark Wahlberg was kind enough to give me a massage gun after I left his house in L.A. and he drove me back to my hotel. I was confused as to what kind of massage gun this was, having never seen one before, and I thought it was the type of self-pleasure.” Laughing, he added: “I thought Mark Wahlberg was driving me back to my house for other reasons other than just being a gentleman. I didn’t know you – it’s Hollywood, baby. Who knows what’s gonna happen?” (Via Access Hollywood)

Wahlberg recently posted a video of himself topless showing off the gift he gave Holland. He announced: “Mr Tom Holland, you see this? Power Plate Pulse, this is a massage tool, for muscle recovery.” With a knowing look, he added: “Nothing else!

Ultimately, the Marvel actor was pleased he worked hard on his body for the Uncharted movie.

Holland added that he was happy about how he looked in the film opposite Wahlberg. He said: “So I’m glad I did because I think it would have looked slightly odd. I would have looked like one of [Wahlberg’s] biceps.”