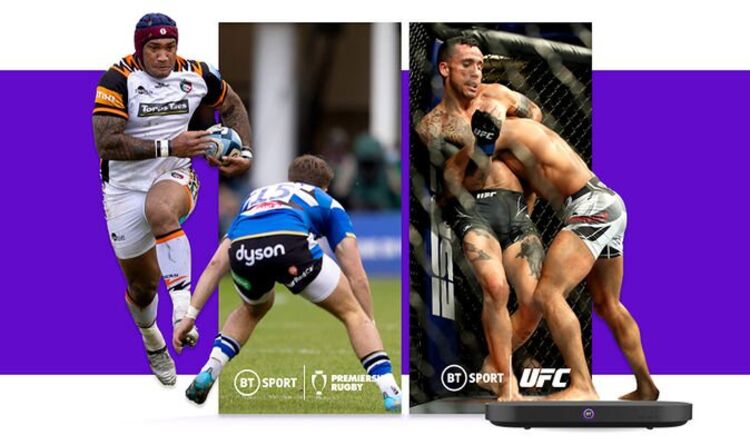 Want to watch the latest Champions League games, rugby union, MotoGP or cricket? BT broadband customers can unlock everything on BT Sport as well as Box Nation for just £1 at the moment. Yes, really. This limited-time deal is only available to customers who are adding the Sport TV package to an existing broadband contract with the firm.

The bundle comes with BT Sport, BT Sport 1, BT Sport 2, BT Sport 3, and BT Sport ESPN. You’ll also get the BT-exclusive channel AMC – the US network behind hit shows like The Walking Dead, Breaking Bad and Mad Men – bundled too. And all Freeview channels.

For sports fans, that’s a healthy selection of content to watch as it unlocks Premier League games, UEFA Champions League, WWE, Major League Baseball, Champions Cup, MotoGP, and UFC. All of this will be available to watch on your BT TV box, which is bundled as part of the upgrade to your broadband plan.

For those who don’t know, BT TV is a compact set-top box that lets you pause and rewind live television. It supports High Definition picture quality and apps for streaming services like Netflix and Prime Video. So, if you’re bored of sports coverage and the channels available via Freeview, you’ll be able to binge the latest boxsets and movies from video on-demand providers too.

If that all sounds good, you’ll need to get a move on. BT’s incredible £1 sports add-on is only available until Wednesday March 9, 2022. After the three month deal period ends, you’ll be reverted back to £16 a month unless cancelled.

And if you’re unsure about whether to stick with BT broadband, you can compare their latest deals with what else is on the market in our in-depth guide to the best broadband deals in the UK today.

Use BT broadband? You can unlock some of the biggest sport channels for just £1