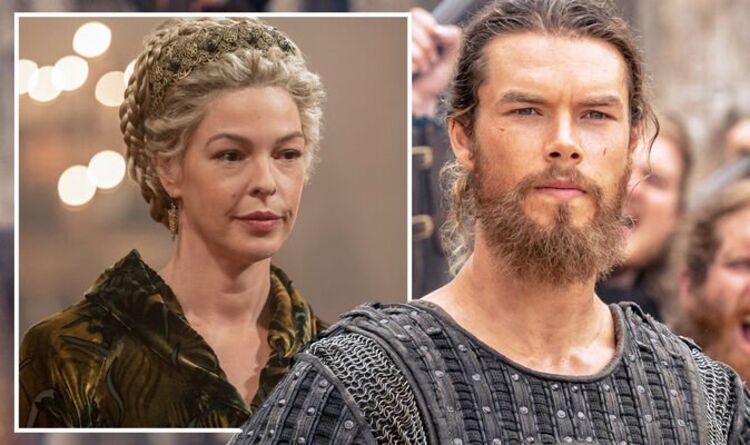 Much like the original History series, Vikings Valhalla takes a broad look at the Age of Vikings based on both real and fictional figures from medieval Europe. While the new Netflix series has received backlash for some inaccuracies in the first season, the show’s creator Jeb Stuart has explained why they decided not to stick too close to historical fact.

Valhalla producer Jeb admitted there were a number of challenges in creating the new historical drama series for Netflix.

While the show’s original creator Michael Hirst wrote each and every one of the first series’, Jeb was joined by a team of writers to pen the first eight-part season.

Despite the wealth of talent behind the new sequel, some history buffs have realised not everything about the series completely adds up.

“There are a million different ways to look at history,” he explained.

“We did a lot of research. When I first got the call asking if I would like to continue and expand this story, I knew what any other viewer knew. I began absorbing everything I could get my hands on.”

Jeb revealed he had around three years to prepare for the series whilst the original Vikings show was preparing to wind down its sixth and final season on Amazon Prime Video.

Meanwhile, the showrunner and his team of writers were left to pore over historical records to try and straighten out the story of Leif Eriksson (played by Sam Corlett).

“They left us the sagas,” Jeb went on. “But the sagas were written 200 years after the end of this story, and they were written by Christians.

“We know archaeologically what has been dug up, but we’re still discovering new things about Viking culture.

“Ultimately, we’ve made an authentic show. Sometimes we’ve moved dates or characters around a bit, but the historical pieces are all there.”

The major historical events depicted in the show give a rough idea of what actually happened, albeit with some artistic licence.

While the series certainly shouldn’t be taken as a totally accurate historical document, Jeb’s producing partner Morgan O’Sullivan also assured viewers they took great lengths to ensure Valhalla was as authentic as possible.

He explained: “On Vikings, one of the most important people working on the show was Justin Pollard, our historical consultant.

“Justin did all of our research and he was invaluable to Michael Hirst. When we started Valhalla, it was imperative that Jeb meet Justin Pollard.

“They had many months together before the writing even started, and that was an invaluable period of time.”

Valhalla may not be 100 per cent accurate, but diehard Vikings fans can rest assured the producers put as much effort into researching the new series as they did the History phenomenon that started it all.

Vikings: Valhalla season 1 is available to stream on Netflix.