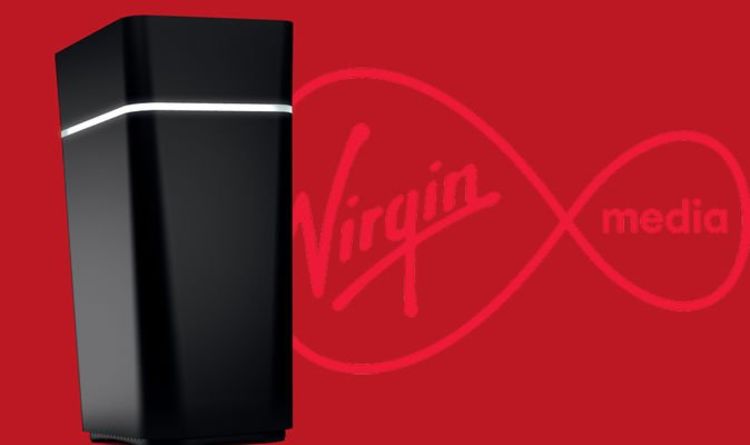 Earlier this summer, a number of (very lucky) Virgin Media customers received an offer from the firm to upgrade their existing router to its new all-singing, all-dancing Virgin Media Hub 4 at no extra cost. For those who signed up to their broadband bundle a few years ago, the latest wireless technology packed into the Hub 4 could offer a serious upgrade – especially when managing a good number of devices, like smart bulbs around the house or streaming dongles in a handful or rooms, as well as faster speeds for devices that support the latest Wi-Fi standards.

And now, Virgin Media has started to send out the emails again.

For those who don’t know, Virgin Media launched the Hub 4 alongside its supercharged Gig1 fibre connection. Following the launch, the new router was exclusively reserved for those who opted for the gigabit-capable broadband package – until a few months ago. Starting in relatively small numbers, Virgin Media began to offer the latest router to existing customers to future-proof them, should they decide to upgrade to its speediest Gig1 bundles, as well as improve the Wi-Fi connection to the devices in their home right now, thanks to the Hub 4’s improvements over its predecessor.

It’s unclear whether Virgin Media has expanded the number of people being offered the free upgrade to the Hub 4 compared to last time, but the very fact that it’s restarted the scheme means more people – aside from those paying for Gig1 – will be able to take advantage of the latest kit from the company.

Asked about the latest emails, a spokesperson for Virgin Media said “We are offering selected customers in a number of locations the opportunity to upgrade to a Hub 4 free of charge. We’ll be extending this offer in future so even more of our customers can benefit from our latest and most powerful router.”

If you’re already paying for Virgin Media’s full-fibre broadband month, it’s definitely worth keeping an eye on that inbox.

Redesigned from the ground-up, Virgin Media said it built the Hub 4 to deliver gigabit speeds inside the home. For context, the average UK broadband speed as recorded at 64Mbps in a study earlier this year. To beam 1,000Mbps throughout the home, Virgin Media has fitted the router with more antennas than the Hub 3 to offer a more reliable connection around your home.

That should help to eliminate any connection dead zones around the home too, the firm has stated.

Those additional antennas should also ensure the Hub 4 is better at juggling more devices – handy if you’ve got a large family, or a home brimming with smart home kit, connected speakers, and more.

Existing customers will be able to install the new router themselves since there’s no need for anything invasive like drilling holes in the wall to get the faster speeds. The new router makes use of Virgin Media’s next-generation broadband technology, known as DOCSIS 3.1, which it plans to deploy across its entire cable network over time.

iPhone and Android users can unlock 100GB of 5G data for...