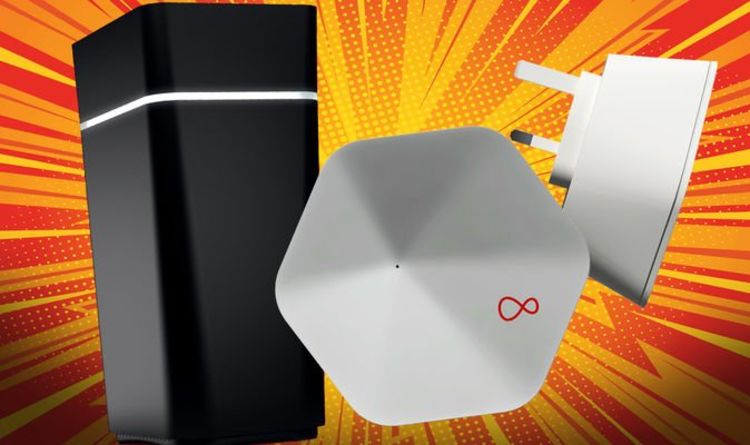 Virgin Media has announced two upgrades designed to boost Wi-Fi signal throughout your home for those struggling with dead zones not reached by their router. One of these improvements takes the form of a software upgrade rolling out to its Virgin Media Hub 3 and Hub 4 hardware, while the other boost is a new product, dubbed WiFi Pods, that plug-in throughout your home to increase the signal. Both of these boosts, designed to improve speeds to all devices in your home, will be available free to some customers… while others will need to cough-up £60 a year for the privilege.

First up, the new WiFi Pods will bring a so-called “mesh network” to your home. This is the same underlying technology seen in rival products from Google, Amazon, Netgear, and BT. Unlike traditional boosters, which create a separate Wi-Fi network that you’ll need to join to benefit from the boosted signal, mesh networks seamlessly move your device between the nodes throughout your home. This means your laptop will always be connected to the node with the strongest signal – without you even realising anything as changed. Unlike traditional boosters, these new systems allow you to move around the house on a FaceTime call without dropping signal.

Mesh networks were originally developed for enterprise settings – like offices, shopping malls – but have since gained popularity at home as people invest in more devices and want total coverage throughout the home.

Virgin Media’s shiny new WiFi Pods are powered by mesh network subscription service Plume. Leveraging the US company’s technology, your in-home WiFi coverage is extended through the creation of a cloud-controlled mesh network which “constantly adapts and evolves,” Virgin Media says. WiFi Pods won’t need to be installed by an engineer. Instead, Virgin Media will send the hardware in the mail. Upon receiving the parcel, you’ll only need to plug the node into the mains socket. It can be moved between rooms at a later date.

Once you’re all set-up, the Virgin Media WiFi Pods are designed to reduce the impact of neighbouring WiFi networks by automatically changing settings to stop interference. For those who live in high-rise flats, this should be particularly important.

Virgin says that managing your new mesh network will be handled using the existing Connect smartphone app. Using this app, which is available in the Google Play Store and Apple App Store, customers will be able to test the strength of their WiFi signal in each room, manage the number of devices connected to their home network, pause devices – handy when the children are up past their bedtime, and access customer support to help resolve any issues.

It’s unclear exactly how many of the systems developed by Plume (and available from their own SuperPods system) will be available to those who sign-up for the Virgin Media-branded version of these mesh network gadgets.

For example, Plume boasts that its “system continuously learns from your use and performs self optimisations to keep things running smoothly” this includes “automatically detects the brand and model of your connected devices, ensuring your beloved devices are given capacity to run at full potential.” Plume recently launched a new feature, dubbed Sense, that transforms its existing SuperPod hardware into motion sensors to alert you when a potential intruder is moving around the house when all family members are out-and-about.

Virgin Media hasn’t revealed whether these motion-sensing capabilities are also built into its Plume-developed WiFi Pods, but if so, it could be something that really sets this mesh network option apart from rival BT’s Whole Home Wi-Fi mesh. We’ll update this article when we hear about exactly how WiFi Pods compare with the existing ‘Pods available from Plume in the United States.

As well as the new hardware to extend your Wi-Fi signal, Virgin Media has started to roll out some new software improvements. These tweaks are designed to improve in-home coverage in hard to reach areas and is particularly beneficial for those in large households with lots of connected devices, Virgin Media claims. If you’ve invested in a bucketload of smart home gadgets – from smart lighting, Alexa or Google Assistant-powered smart speakers, connected audio systems like those from Sonos, or security products, like Nest or Ring Doorbells – this update should prove particularly useful.

Other software improvements rolling out to Hub 3 and Hub 4 owners include:

Virgin Media has dubbed its new software and WiFi Pod bundle “Intelligent WiFi Plus”. It will be available now to all Ultimate Oomph and Gig1 customers at no extra cost. For those who aren’t subscribed to these pricier bundles, you’ll need to cough up an extra £5 a month for the improvements.

Jeff Dodds, Chief Operating Officer at Virgin Media, said: “Intelligent WiFi Plus is our most advanced and impressive WiFi service to date that will help remove broadband blackspots and bring faster and more reliable speeds throughout the home. Whether our customers are working, streaming, browsing, playing or keeping connected online, the combo of new Hub features and WiFi Pods provides a step-change in connectivity that won’t let you down.”

Virgin Media upgrade will boost your Wi-Fi signal, but some need to pay for the privilege

With Spotify Wrapped 2021 out now, here’s how Apple Music users...