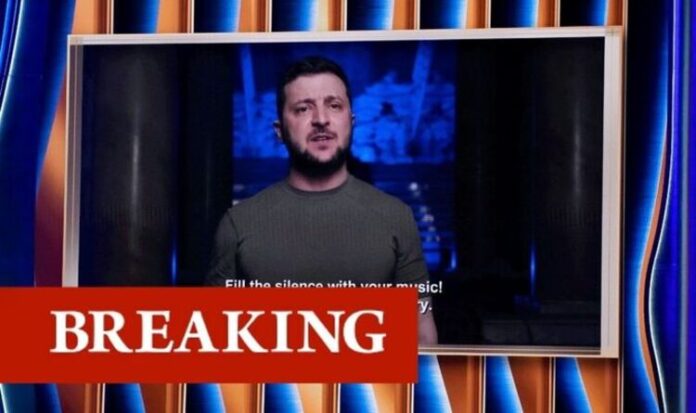 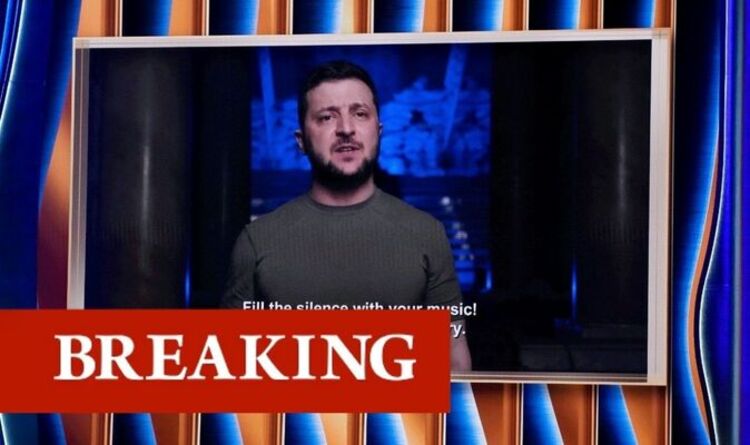 Host Trevor Noah introduced President Volodymyr Zelensky who appeared via video link who spoke about the healing impact of music.

Noah shared: “Even in the darkest times, music has the power to lift spirits and give you hope for a brighter tomorrow.

“There’s nobody who could use a little hope right now more than the people of Ukraine.”

Which is when the Ukrainian leader appeared and asked: “The war, what’s more opposite to music?”

When the pre-recorded video came to an end, musician John Legend took to the stage for a performance of ‘Free’.

The song was performed as a special tribute dedicated to the victims of Ukraine who have become victims of an ongoing humanitarian crisis as a result of a Russian invasion.

As Legend performed images of the war-sticken country were displayed in the background.

As well as the rendition, there was also a segment from poet, playwright, screenwriter and Ukrainian native Lyuba Yakimchuk.