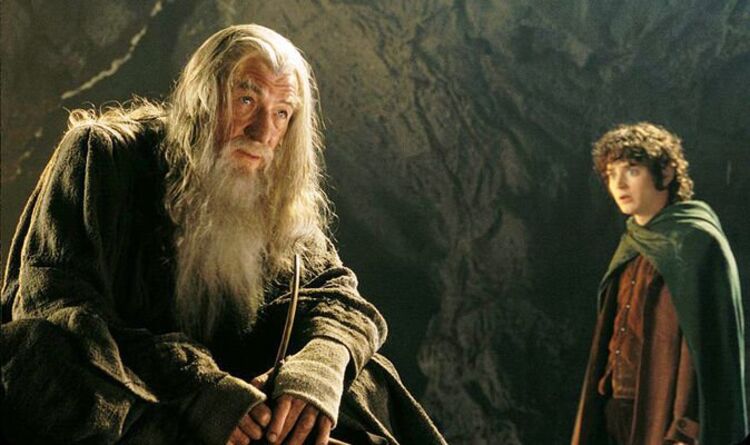 Lord of the Rings is getting an entirely new set of stories and characters in the upcoming Amazon TV show, The Rings of Power. The 2022 series is set to debut on the streaming giant’s Amazon Prime Video service in the coming months, but there has still been a lot of speculation over its actors. Will the original cast members of Jackson’s movies make a return? Will there be any cameos or hints towards the likes of Frodo, Aragorn, or Gandalf? Sir Ian McKellan has, sadly, broken the news that he has not been asked back.

McKellan was interviewed by Amol Rajan for the BBC this week. During the interview, Amol asked: “If they said: ‘Come back as Gandalf,’ would you do it? If Amazon did, or the BBC did?”

With a sly grin, McKellan said: “I’ve been waiting for the call, but it hasn’t come!” Speaking about The Rings of Power, he said: “There are going to be new stories from [author JRR] Tolkien under the title, I think, Lord of the Rings, on Amazon.”

With a sigh, McKellan added a disappointing detail.

McKellan said: “But I gather Gandalf won’t be a part of them.”

Amol suggested that, if Gandalf were to be written into the series, would McKellan be “available” for the show?

He laughed: “Well it’s one part you cant be too old for! I think he’s 7000 years old!” However, he did have to confess that he would not return if he was asked back.

READ MORE: Lord of the Rings new movie The War of the Rohirrim announced for 2024

In August last year he retweeted an article whose headline read: “How Gandalf can appear in Amazon’s Lord of the Rings (But not Ian McKellan). He commented: “I think this would be the most upsetting headline I’d ever read, if I weren’t gainfully employed elsewhere.”

McKellan isn’t the only classic member of the series that wasn’t happy with news of the new Amazon series.

In response to Amazon’s show – which, at the time, was simply titled Lord of the Rings – Wood said: “I am super fascinated by what they’re doing with the show. They’re calling it The Lord Of The Rings, but I think that’s slightly misleading. From what I understand, the material they are working on exists chronologically further back in history in the lore of Lord Of The Rings or Middle Earth than any characters represented in Lord Of The Rings. It sounds more Silmarillion era. Not to get nerdy, but it’s the Second Age of Middle Earth.”

‘Waiting for the call!’ Lord of the Rings Gandalf star opens up on Amazon comeback