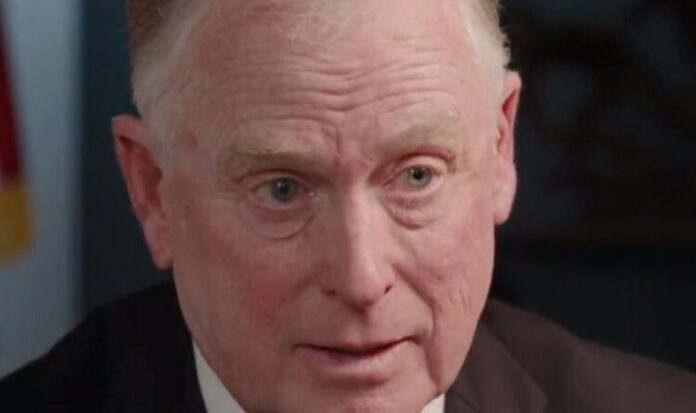 The former Vice President of the United States Dan Quayle has told Good Morning Britain on ITV that “we are on the brink of WW3.” Mr Quayle argued that World War can be avoided if Vladimir Putin’s attempt to take control of Ukraine is beaten back before Russia reaches NATO territory.

Mr Quayle told GMB: “Are we on the brink of World War Three? That’s a fair question.

“I hope not it all depends on Putin.

“If he gets control of Ukraine, and he starts to continue to move west to NATO countries, then you’re on the brink of World War Three and probably into World War Three.

He added: “It’s in his playbook. That’s why we have to stop him in Ukraine.”

Asked if he thought Putin would be willing to press the nuclear button, Mr Quayle replied: “[Putin] could show that he’s willing to do it, and then you’d have to take him seriously.

He went on to say there’s no doubt that Putin should be treated as a war criminal.

“What he’s doing is criminal activity in the Ukraine,” Mr Quayle said.

“They should be an investigation and if he’s charged as a war criminal, then hopefully he’ll stay on trial. If Putin is not Hitler, I don’t know who is.”

It was not possible to independently verify any of those figures.

Washington has ruled out sending troops to fight Russia or enforcing a no-fly zone as requested by Ukraine, fearing an escalation between the world’s top two nuclear powers.

But, the United States and its allies have instead promised military aid to Kyiv, as President Volodymyr Zelenskiy warned the capital was under constant threat.

“For the enemy, Kyiv is the key target,” Zelenskiy said in a video message late on Monday. “We did not let them break the defence of the capital, and they send saboteurs to us … We will neutralise them all.”