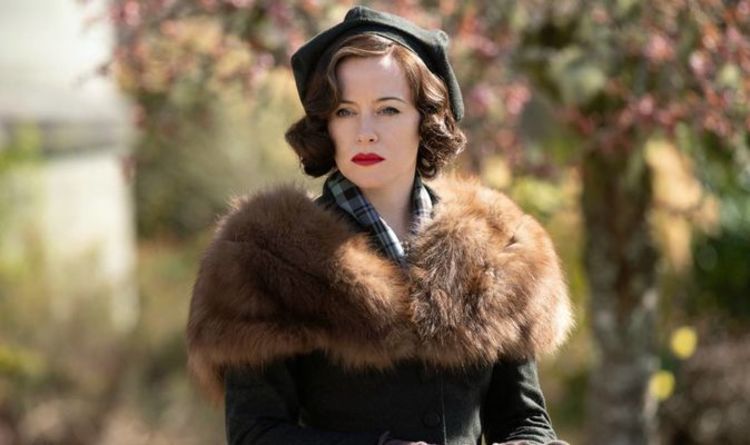 A Very British Scandal delves into the true story behind the infamous divorce of the Duke and Duchess of Argyll in the 1960s. The royal couple had been together for more than a decade but their break-up became what they were remembered for as the BBC called it at the time “one of the most notorious, extraordinary and brutal legal cases of the 20th century”. The drama details what went wrong in their marriage and why the divorce caught the attention of the tabloids.

WARNING: This article contains spoilers from A Very British Scandal.

Ian Campbell (played by Paul Bettany), the Duke of Argyll, married his third wife Margaret (Claire Foy), the next Duchess of Argyll in 1951.

She was a famous socialite who had previously been married to businessman Charlie Sweeny (Matt Rippy) and had two children with him.

Ian and Margaret had a fiery relationship for many years which was both passionate and disastrous with blazing rows and jealousy.

The Duke even employed a locksmith to open a cupboard that contained naked photographs of his wife as well as others of her performing sexual acts on another man.

While the Duke ranted at how the “V” was a code for her extra-marital affairs, this was never confirmed.

The Duchess never revealed what this actually meant so, at the time, the Duke’s opinion was taken as the truth.

This wasn’t the only detail Margaret kept to herself as she kept the identity of the Headless Man in the photographs a secret.

She also neither confirmed or denied that she had slept with more than 80 other men.

What does the V in the Duchess of Argyll’s diary mean?