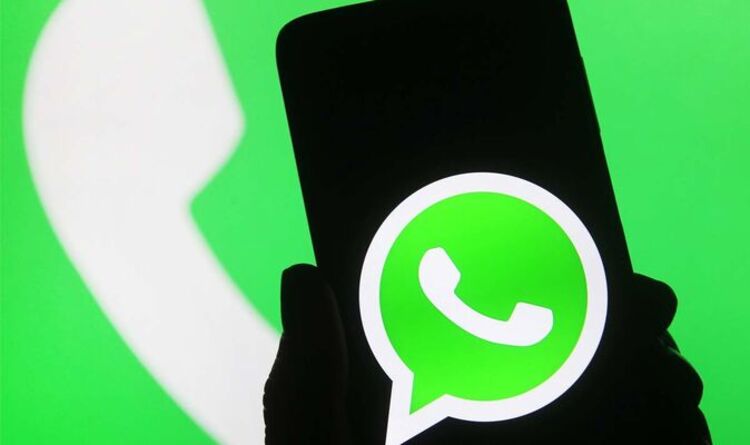 WhatsApp has just announced a major new update for the iOS and Android messenger which Facebook users may find familiar. WhatsApp Communities is a brand new feature for the chat app which, like Facebook groups, will help bring numerous people together that are interested in a particular subject. Whereas the current WhatsApp groups feature allows for up to 256 people to be included in one conversation, WhatsApp communities will allow users to message thousands of people at once.

The update will essentially make WhatsApp more like a fully fledged social network, albeit one that benefit from WhatsApp’s end-to-end encryption.

Within a community page additional sub-groups can be created which helps narrow down conversations even more.

Examples of community pages WhatsApp gave include one for a local school, with sub-groups created that revolve around specific classes along with anyone interested in carpooling.

Speaking about the feature in a blog post, WhatsApp said: “Communities on WhatsApp will enable people to bring together separate groups under one umbrella with a structure that works for them. That way people can receive updates sent to the entire Community and easily organize smaller discussion groups on what matters to them. Communities will also contain powerful new tools for admins, including announcement messages that are sent to everyone and control over which groups can be included.”

While Meta CEO Mark Zuckerberg added: “I expect this to be an important evolution for WhatsApp and online communication overall. In the same way that social feeds took the basic technology behind the internet and made it so anyone could find people and content online, I think community messaging will take the basic protocols behind one-to-one messaging and extend them so you can communicate more easily with groups of people to get things done together.”

Besides communities, WhatsApp is also introducing plenty of other features that will significantly change the way people use the chat app.

The long-rumoured reactions feature is heading to WhatsApp in the coming weeks, which will allow users to respond to comments with emojis.

WhatsApp will also be adding the ability to have a voice call with up to 32 people all at the same time with just one simple tap.

Sky TV customers might want to try these 25 new remote...