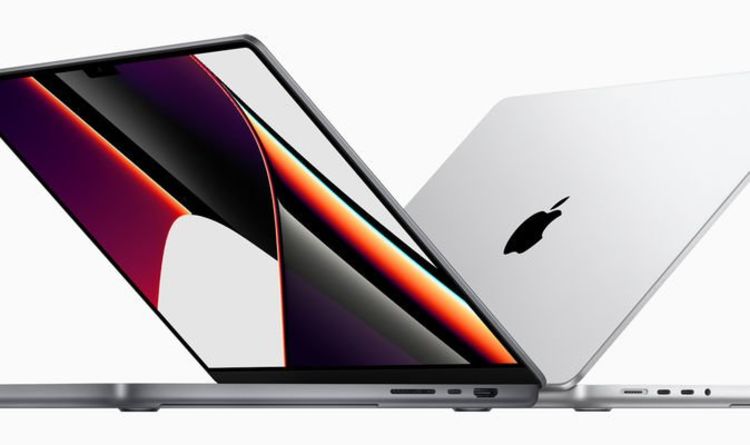 In the run-up to Christmas, the leading high-street retailers are offering a way to make owning a new MacBook a little more wallet-friendly. That’s all thanks to customers getting the option to pay over 24 months completely interest-free. This offer is available on MacBooks including the latest 14inch and 16inch 2021 Pro models, which only launched in October. The entry-level 14inch MacBook Pro (priced at £1,899) can be picked up from £79.12 per month, while prices for the 16inch model begin from £99.95 per month, or £2,399 if you’re paying it off all in one go. If you’re happy with an older MacBook, then you can also grab last year’s MacBook Air at a reduced price right now.

As an added bonus, both Currys and John Lewis will let you save even more if you trade in an old MacBook.

Currys will slash up to £380 off the price of a MacBook when you trade-in an old model, while John Lewis offers up to £450 when you hand over an ageing laptop.

When you buy a new MacBook from Currys or John Lewis you’ll also get three months worth of free access to Apple TV+ – so you can catch up on hit exclusive shows such as Ted Lasso or The Morning Show.

While Currys offers an extra discount on Microsoft 365, and John Lewis will ping across a discount code for Norton 360 Premium.

The latest MacBook Pro models boast the biggest shake-up in years, with these new models fitted with the M1 Pro and M1 Max chips – which Apple says is the most powerful silicon it has ever created.

These new chips mean the latest MacBooks offer up to 3.7 times faster CPU performance than before, while the devices are also capable of up to 13 times faster graphics performance.

And while there is plenty of new things under the hood, on the outside it’s a mix of old and new.

The latest MacBooks boast a chunky design reminiscent of the classic Pro models from before the Touch Bar days.

And that’s fitting as this context-sensitive touch display is now gone, but to make up for this Apple has included an iPhone-style notch within the MacBook Pro’s Liquid Retina XDR display.

The latest MacBook Pro, unlike previous models, also comes with a wide-range of ports so you won’t need to pick up a dongle for extra connectivity.

The new ports include an HDMI slot so you can easily connect your MacBook Pro to your TV as well as an SDXC card slot to help you easily expand the amount of space on your MacBook Pro.

Mac Studio is the fastest computer that Apple has ever built,...