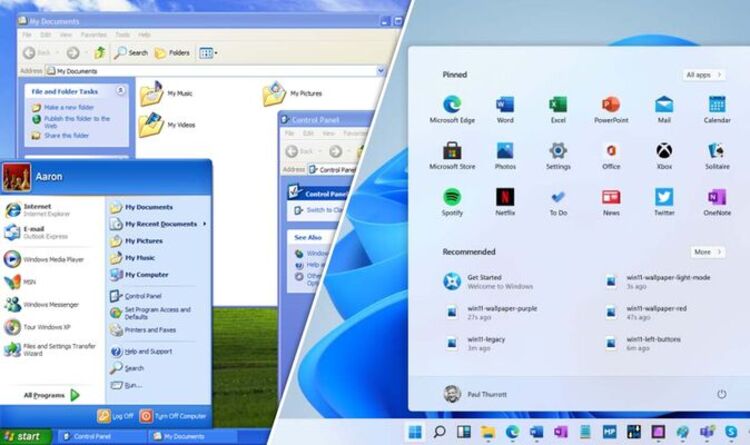 Windows XP – which debuted in 2001 – is being used by more people than Windows 11, a new study has found. The research from Lansweeper is based on a huge sample size, with the IT asset management firm analysing more than 10million PCs running Microsoft’s OS. Amazingly, the study found 1.71 percent of PCs are using Windows XP compared to 1.44 percent running Windows 11 which was first released last year.

Other older operating systems such as Windows 8 (1.99 percent) and Windows 7 (4.70 percent) are also more popular than Windows 11.

While the runaway leader is Windows 10, which was being used on 80.34 percent of PCs analysed.

Despite Windows 11 lagging behind other Microsoft operating systems in terms of install base, the study found user numbers have increased in 2022.

Speaking about the findings of the study, Roel Decneut, the chief strategy officer at Lansweeper, said: “Although the rate of adoption is increasing bit by bit, it’s obvious that Windows 11 upgrades aren’t going as fast as Microsoft had hoped, especially within the business environment. Many organisations have been put off from having to buy new machines that meet these conditions, while others are simply happy with the current existence of Windows 10 which continues to be supported until 2025.

“This situation will likely continue in the future unless businesses are given a compelling reason to upgrade.”

One reason that could be behind the slow adoption of Windows 11 is Lansweeper found over half (55 percent) of PCs scanned weren’t capable of being upgraded to Windows 11.

While 91 percent had enough RAM to run Windows 11, only about half of the workstations’ TPM (Trusted Platform Module) met the requirements.

Some 19 percent failed and 28 percent were not TPM compatible or did not have it enabled.

TPM offers hardware level cybersecurity support, and is found on a PC’s processor or motherboard.

When Microsoft announced the TPM 2.0 minimum requirement last year it sparked a backlash amongst Windows users.

That’s because the requirement significantly narrows down the number of users that can run Windows 11. TPM has been included on many devices released in the past few years.

However, it’s disabled by default – and whether your PC takes advantage of this more often than not comes down to what chip you have installed.

Amazon might have cut Apple AirPods prices but this deal is...

Galaxy S21 is HALF PRICE as Samsung prepares to launch new...