The World of Warcraft Shadowlands expansion might not be launching until October but that doesn’t mean gamers won’t be able to prepare for it this month. A new discovery by fans today suggest that the WoW Shadowlands pre-patch will be available to download very soon, perhaps within the next two weeks. And with scheduled maintenance coming to World of Warcraft on September 17, all eyes will be on the servers after everything has been completed. Earlier today, gamers discovered that Blizzard had put the new WoW update on the official background downloader, an early sign that things are about to get interesting.

Based on recent reports, the Shadowlands pre-patch will weigh in at around 20GB but the final size will depend on what you’ve been playing.

Fans have been waiting for some kind of tell from Blizzard this month, as it’s traditional for the development team to drop a pre-patch around six weeks before the final game goes live.

Based on that, it’s not surprising to learn that the Shadowlands pre-patch has started to appear in the wild.

So while nothing has been officially confirmed, we could be getting a big Shadowlands announcement from Blizzard very soon.

This might not include the launch of the Shadowlands pre-patch but it may provide a warning for when the current expansion is coming to an end.

This week, Battle.Net maintenance is being conducted, however, the early patch notes do not mention anything in regards to Shadowlands.

During a scheduled maintenance period planned for 7:00 a.m. – 3:00 p.m. PDT on September 17, the following realm connections will be made:

During a scheduled maintenance period planned for 3:00 a.m. – 1:00 p.m. AEST on September 18, the following realm connection will be made:

World of Warcraft: Shadowlands has a release date set for October 26 on the Battle.Net platform and is scheduled to go live at midnight in the UK.

The official Shadowlands description adds: “Upon entering the Shadowlands, Azeroth’s champions will encounter an otherworld in disarray. Virtuous souls are being wrongfully cast into the eternal darkness of the Maw, while the Covenants—powerful factions who hold dominion over the afterlife’s disparate realms—face ruin and strife as the flow of the Shadowlands’ essential anima mysteriously dwindles.

“As an ancient, long-bound evil gathers the strength to break its chains, players must carve their path through the uncharted reaches of the beyond, forge a pact with the Covenant that most aligns with their own principles and purpose—and ultimately restore balance to the hereafter.

“Align yourself with one of four Covenants—mysterious sects, each with their own ambition for the Shadowlands—to restore balance to the hereafter.

“You’ll gain access to your Covenant’s Sanctum, where you’ll accept unique quests, undertake a sprawling covenant campaign, and call upon your allies to embark on important missions. You‘ll also earn unique abilities based on your Covenant and class, acquire a unique mount and visual appearance, and forge bonds with powerful souls, drawing on their essence to further customize your skills.” 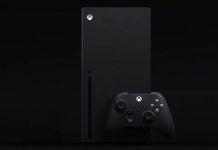 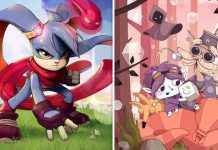 Elvis Presley funeral: One of The King’s pallbearers responds to THAT... 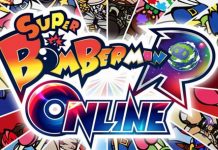 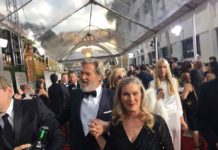 PUBG Mobile banned in India ahead of new Erangel 2.0 update