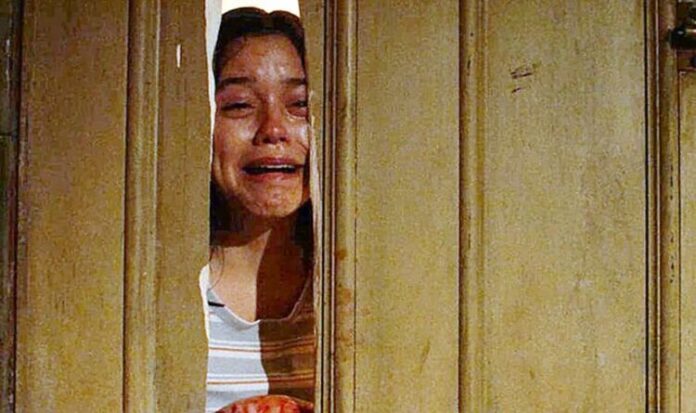 He plans to cash in on the home video craze by shooting what his arty director calls “a good dirty movie” in the farm’s ancient barn.

But the steamy shoot has an unusual effect on the creepy old woman (played by Goth in horrible make-up) who lives on the nearby farm.

Soon, the amusing Boogie Nights vibe will be replaced by the blood-splattered thrills of The Hills Have Eyes.

Blending laughs and screams is a lot harder than it looks as Foo Fighters discovered in last month’s Studio 666. X is a rare and splendid thing – a good comedy horror.