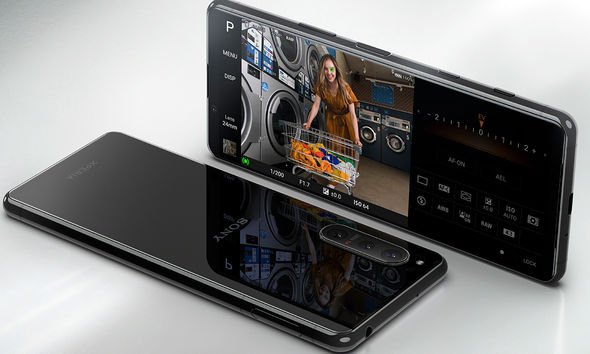 Xperia 5 II review: The best flagship phone Sony has made in years

Sony appears to be getting back to its very best. So far this year, the Japanese technology company has dazzled with its brilliant budget Xperia L4 and top-end Xperia 1 II, which both left us mightily impressed. Now Sony has launched another new handset and this is definitely the best Xperia of the bunch. Not only that, it’s the best Xperia in a very long time.

The Xperia 5 II (that’s mark 2 if you’re a little baffled by the name) has plenty going for it and if you love all things Sony, this smartphone is guaranteed to put a whacking great big smile on your face. Express.co.uk has been using the Xperia 5 II for the past few weeks and here’s our full thoughts on this latest Android device from Sony.

The moment you get the Xperia 5 II in your hands, you’re pretty confident that Sony is back on form. This phone is covered from top-to-toe in Gorilla Glass 6, which gives it a premium feel and strength that should help it survive years in your pocket.

Sony continues its recent tradition of launching phones with a 21:9 design which makes the Xperia 5 II tall and sleek. This actually makes it really comfortable to hold and Sony has also softened the edges of the case so it won’t dig into the palm of your hand when watching movies or gaming for hours on end.

Hit the power button and things continue to impress with the 6.1-inch full HD OLED screen offering a pin-sharp and colour-packed viewing experience. Sony’s displays have been great for some time now, but things are improved even further via a 120Hz refresh rate, which makes everything you do on this device feel silky smooth and stutter-free.

The fact it includes that 21:9 aspect ratio also makes this screen ideal for a quick movie-binge and the small chin and forehead mean there’s no annoying hole-punched camera or notch getting in the way of what you are watching. If you’re a true cinephile, you can also switch on the Creator Mode which makes content look exactly how it was shot by Hollywood directors.

The always-on screen really is superb and even though it can’t match the Xperia 1 II’s 4K technology we have very little complaints.

Another thing that will impress some about the screen is how good it is for gaming. That’s because Sony has included a 240Hz effect that reduces motion blur making action-packed titles feel more immersive.

This update also makes the display slightly more responsive when playing the latest titles from the Google Play Store, which certainly helps when trying to be the last one standing in a game of Fortnite.

Spin the new device around and you’ll find a triple-lens camera with three focal lengths: 16mm/24mm/70mm. This set-up offers all the usual portrait and wide-angle shots plus there’s the ability to zoom in closer on what you are attempting to take. Overall, the pictures we shot on the Xperia 5 II all looked good with plenty of detail and colour packed into the image.

We’re not convinced that the Xperia 5 II is any better than its rivals when it comes to photography, but it certainly holds it own when shooting images for your next family album.

And, if you want to dig deeper into the settings, Sony includes its in-depth Photo Pro mode which transforms the Xperia 5 II into a DLSR-style camera.

Here you change everything from ISO to Auto Focus and it’s certainly a nice addition if you’re a budding snapper.

Another bonus of this camera is being able to use its continuous AutoFocus which performs AF / AE calculations at 60 times per second. This means you can shoot and store 20 shots (20fps) with high precision and more accurate focus.

For video, there’s the Cinematography Pro mode which adds a cinema-style look to your home movies and this is the world’s first phone with 4K HDR 120fps slow-motion movie recording.

Under the glass body of the Xperia 5 II there’s a Qualcomm Snapdragon 865 processor, which isn’t quite as fast as the latest 865+ brains but we’re not moaning as there’s plenty of oomph to help keep even the most power users more than happy. That’s coupled with 8GB of RAM, which is pretty standard in flagship phones, and the 128GB of storage can be boosted by a MicroSD card.

A 4,000mAh battery will easily get you through a day and this power pack can be fast refilled. Sony supplies an 18 watt charger in the box which is not quite as quick as some rival phones but you’ll still get around 50 percent back in the tank with just 30 minutes plugged into the mains.

Other nice extras include a 3.5mm headphone port which means you can plug in your trusted cans without needing a dreaded dongle and there’s a side-mounted fingerprint scanner which we really like as we’re still not convinced by some of the under-screen scanners found on many modern Android phones.

Clearly, there’s plenty to like about the Xperia 5 II, but are there any niggles you should be aware of?

Perhaps our biggest bugbear is that Sony has ditched wirelessly charging on the Xperia 5 II, which we can’t help thinking is a terrible idea. We’re so used to placing our phones on a wireless charging stand and the thought of having cables cluttering up the desk is not something we want to go back to. Not only that, but you won’t be able to recharge from the included wireless pads in cafés and restaurant chains… or from friends’ smartphones with reverse-wireless charging, like the latest from Samsung, Huawei and Google.

Let’s not forget – this is a £799 phone and more affordable devices such as the new Pixel 5 and Galaxy S20 FE all include wireless technology.

Sony says wireless charging has been replaced by a layer of graphene that dissipates the heat and stops the chipset from getting too warm. This basically means you can play memory-hungry games all day long without the phone getting too hot. You’ll have to decide whether that’s more important to you than the convenience of wireless recharging.

The only other minor niggles are the completely pointless Google Assistant button the side of the phone and the fact there’s no fancy colour schemes.

In fact, the Xperia 5 II comes in a very dark blue or an even darker black.

The Xperia 5 II is the best flagship phone Sony has made in ages. It looks great, feels fabulous in your hand, and boasts a screen that’s up there with all of its closest Android rivals.

There’s a solid triple camera, speedy processor, and battery performance that means you can easily get through your day without a worry. The side-mounted fingerprint scanner works well and there’s the bonus of a headphone port and nice optimisations for anyone who loves gaming on their phone.

Our only niggles are the lack of wireless charging, the drab colours compared with the competition, and the Google button on the side, which is totally pointless. Other than that, this is an Xperia phone that is worth a look and certainly puts Sony right back on the smartphone map.

Welcome back, Sony, you’ve been gone way too long.

Billions of emails and passwords have been leaked – check your...