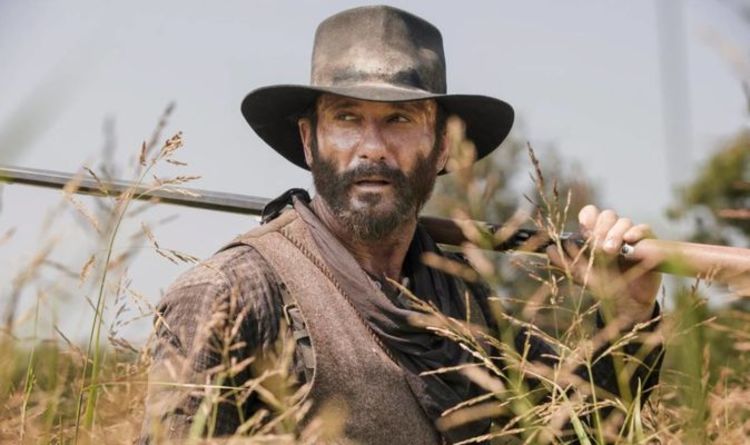 Yellowstone 1883 is the first of the two spin-offs to come from the Western drama on Paramount Network. The prequel tells the story of the Dutton family’s ancestors who travelled across America to find their new home which would become known as the Yellowstone Ranch. Much like the original show, 1883 will be made up of a total of 10 episodes, and available to watch on the streaming service.

Who is in the cast of Yellowstone 1883 episode five?

Daniel is one of the cowboys travelling with the Duttons to find somewhere they can call home.

He is played by actor Eric Bear who has only been in SiNK in 2020 as Soldier Ray so far in his acting career.

Bear will be starring in an upcoming drama called Belonging which he is also an executive producer for.

As of yet though, a release date for the 10-episode series hasn’t been announced.

As the Duttons have been making their journey, so has a group of German immigrants.

They are wishing to make their way to Oregon and so have been following the same path as the Dutton family.

The immigrants are led by Ravi who can speak English so communicates between the two groups.

He is played by actor Josef Bette who has been in Coco & Ruby, My Sister, Chasing the Blues, Parked and Tatty and Misif.

In terms of the regular main cast, McGraw and Hill are joined by actor Sam Elliott as Pinkerton Agent Shea Brennan.

He has been in various films and TV series over the years, including A Star is Born, Grace and Frankie, Justified, Hulk, MacGruber and Butch Cassidy and the Sundance Kid.

John Dutton’s great aunt Elsa is played by actress Isabel May who was Veronica Duncan in Young Sheldon.

Also starring in the main cast are Eric Nelsen as Ennis, LaMonica Garrett as Thomas and James Landry Hebert as Wade.