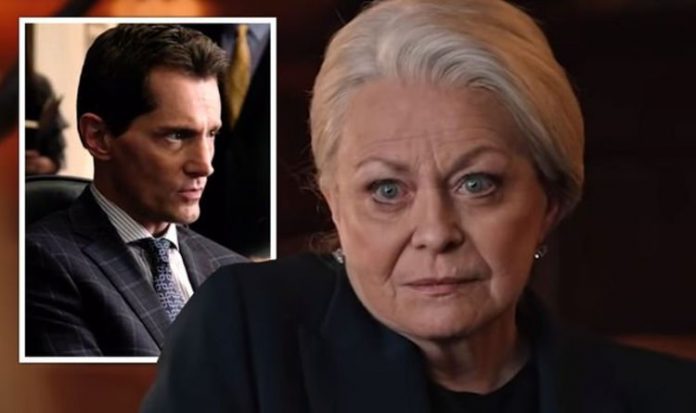 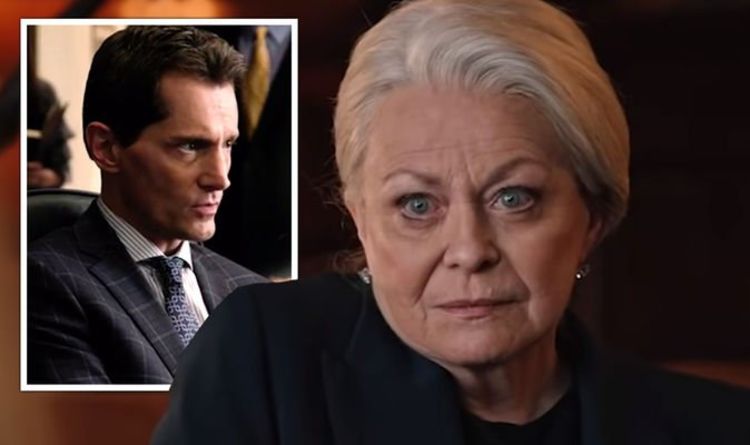 Yellowstone season four has been airing on The Paramount Network and the Western melodrama has introduced new threats. Caroline Warner (played by Jacki Weaver) is the unstoppable CEO of Market Equities and she is keen to acquire the Dutton ranch. John Emmet Tracy plays one of her assistants in the series and he opened up about Caroline’s ultimate aims.

Yellowstone season four shed some light on who was behind the anonymous attacks on the Dutton family.

With Garrett Randall (Will Patton) at the forefront of the conflict, fans were keen to know what happened next.

Yet the Duttons faced bigger threats as Market Equities continued to cause obstacles in the road.

The pair have locked horns over the future of the ranch and Tracy said things could come to a head soon.

READ MORE: Yellowstone 1883 family tree: Who are James and Elsa Dutton to John?

Speaking exclusively to Express.co.uk, he said: “Caroline Warner, Ellis Steele and Market Equities have fought similar battles many times in the past.

“And while it may be true that they’ve never encountered anything like the Dutton Family, it must be said that the Duttons have never faced off against anyone as determined and well-equipped as Caroline Warner.

“Caroline works calmly, methodically and dispassionately. She is not only unyielding, but also extremely prepared and uniquely qualified to play the long game.

“That game may last longer than the Duttons expect or that they are prepared for.”

With this in mind, it seems the Market Equities big boss is not going down without a fight.

“In another set of circumstances, they would be best friends and allies.

“Since fate has brought them together in these circumstances, they are each going to bring everything they have to the table.

“Ellis Steele quickly felt the hurricane energy of their first meeting, and I am excited for fans of the show to see how things play out as the storm intensifies.”

However, Beth may be able to take down Market Equities with her final playing card in the season finale.

This could all result in some serious damage towards the company, which is what Beth wanted.

Speaking of his character’s involvement, actor Tracy added: “When we first met Ellis Steele at the beginning of season three, he is literally and figuratively out of his element.

“He is introduced with a group of other suits standing on a windblown hilltop in the backcountry.

“In those early episodes, he and his colleagues are using big city, corporate policies and tactics in a place and culture with a very different worldview and way of life. But he is focused and learns quickly.

“As season four progresses, he has dug the heels of his expensive Italian shoes into Montana soil and, along with Caroline Warner, he plans to give the Dutton family the fight of their lives.”

Yellowstone season 4 airs on Sundays on The Paramount Network.

Yellowstone season 4: Caroline Warner to take down Duttons as ‘the storm intensifies’