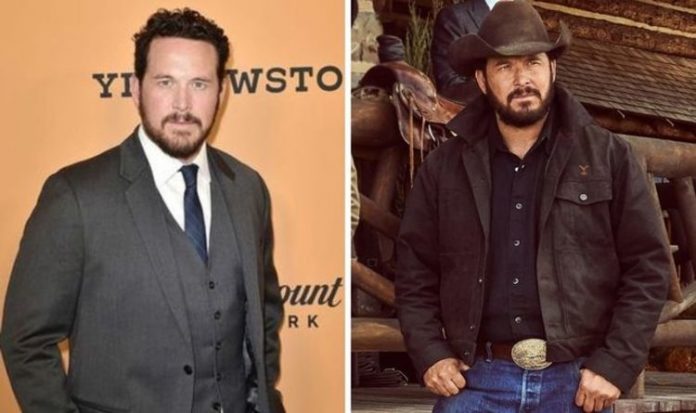 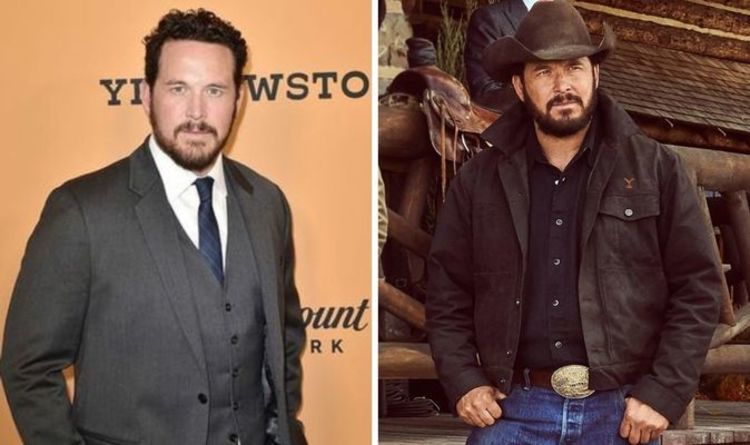 Taking to Instagram, the actor shared two photos of his character embracing Beth captioned: “I enjoy so much working with this wonderful creative being @mzkellyreilly hope y’all are enjoying S4.”

The fourth instalment of Yellowstone confirmed Beth’s survival after a bomb went off in her office in the season finale, which left fans questioning her fate.

Throughout the series, the two had already been through a number of challenging trials and fans were delighted as they watched Rip profess his love and ask for her hand in marriage.

He even went as far as exhuming his mother’s body to give Beth the engagement ring, however, any wedding plans were derailed after the bombing.

Fans took to his comments to share their thoughts and appreciation for the actors, cae_1417 wrote: “Best show and my favourite couple.”

Leslie.chamlers commended the actors: “The onscreen chemistry is absolutely amazing. Fun to watch!”

Brigidventimiglia commented: “Love the life you both breathe into these characters. Amazing writing and acting!”

He even physically fought for her after Walker (Ryan Bingham) took a liking to her, even though Rip took him in to work as a ranch hand, however, he eventually left town.

This season, the couple took their relationship to the next level after becoming parents to their illegally adopted son Carter (Finn Little).

However, in the third episode, Beth faced her first parental trouble after a shopping trip with Carter took a left turn.

Despite Rip’s warning to not coddle him or make him a pet, it kicked off when Carter asked for more than Beth offered.

This caused an altercation with a customer who began filming and labelled her a bad mother, so Beth retaliated by smashing her phone.

This had clearly triggered Beth, as she was desperate to become a mother by conceiving naturally, however, she was left infertile after a botched abortion.

As punishment, Beth didn’t want Carter to sleep in the house and sent him to the barn.

This led fans to believe the couple could kick him out in upcoming episodes after Beth’s limited skill set for motherhood becomes obvious.