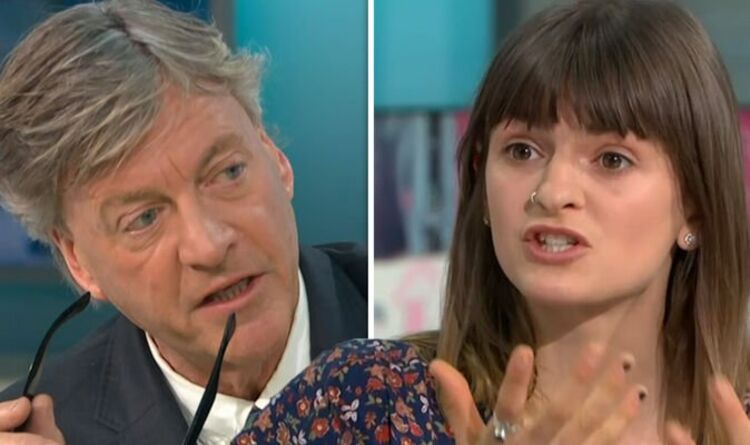 GMB viewers were left divided by the debate as @only1poseidonio tweeted: “So, what if we stop using oil today, do they realise the consequences of that? Farming would cease, food transportation would stop, manufacturing of all goods and materials would stop in fact civilization would come to a standstill, its a great idea, NOT.”

@MoWMcCarthy argued: “If they want people on their side they need to start talking to the government. They would get more support from us that way instead of sitting in the middle of roads blocking ambulances getting to emergency’s.” (sic)

However, @flowerpressstu hit back: “Finally someone speaking the truth and being patronised by 3 people. Stop attacking her and listen.” (sic)

@WelshFizz said: “Staggering questioning from Madeley focusing on her clothes, she’s pointing to the core issue which is that the UN is stating, based on science, that we’re facing a climate catastrophe. Do your job and report on the IPCC report!”