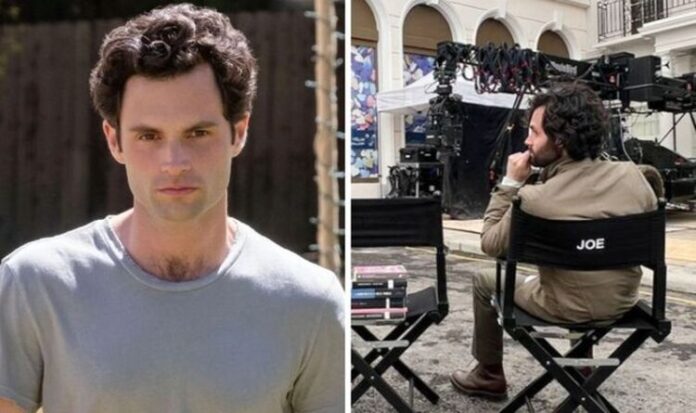 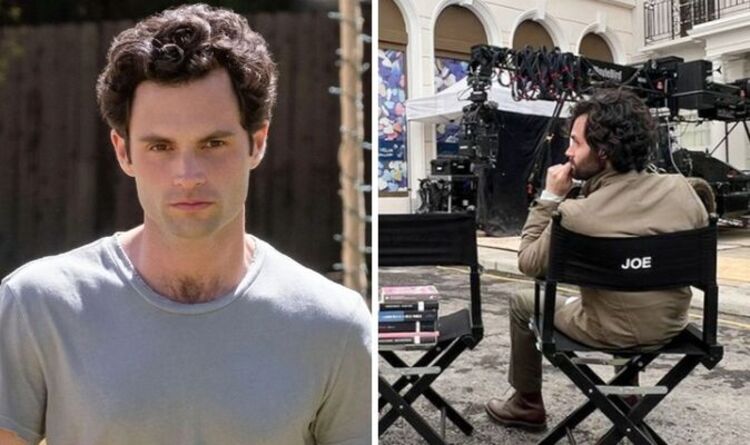 The third season of Netflix’s highly popular stalker series pitted Joe Goldberg (played by Penn Badgley) up against Love Quinn (Victoria Pedretti), his wife and mother of his son Henry. While You’s latest outing provided plenty of twists and turns, the latest sneak peek at the next season on Instagram has confirmed the show will take yet another surprising new direction.

Joe doesn’t appear to be in Paris after all once the fourth season of You kicks off on Netflix.

On Friday, the show’s official Instagram and Twitter accounts posted a picture of lead actor Penn reclining on location.

Rather than stalking Marienne (Tati Gabrielle) on the streets of Paris, it looks like much of the fourth season will actually take place in London.

The post’s caption reads: “Joe’s back for a bloody good time.”

They then teased: “If his book choice tells us anything… our boy might not be in Paris anymore.”

An avid reader and book collector as well as an unhinged serial killer, Joe will naturally be bringing a stack of new novels to get through on his next trip.

The second picture has given fans a look at his reading list for season four, which includes plenty of Charles Dickens and a Sherlock Holmes collection.

If his revealing pile of fiction is to be trusted, Joe will be stalking the UK capital rather than what the third season finale led fans to believe.

Joe was led to believe he’d find her in Paris, as she told him she had always dreamt of moving there with her daughter.

However, Marienne eventually discovered Joe wasn’t what he seemed, and may have found a way to give him the slip.

Season three regular Tati’s return to You was recently confirmed when she was spotted with Penn on the set of the next instalment.

While Joe believes she may have fled to France, it may not be long until he catches wind of her actual location and catches up to her in England.

Even so, fans of the show know the obsessive stalker doesn’t take long to find a new object of his desires.

Newcomers Tilly Keeper, Amy Leigh Hickman and Ed Speleers have all been confirmed to join the cast of season four following the latest update.

Plus, Call the Midwife’s Charlotte Ritchie has also been cast as Kate, who could soon find herself on Joe’s radar.

You seasons 1-3 are available to stream on Netflix.

YOU season 4: Joe Goldberg to ditch Paris for London after major first-look clue