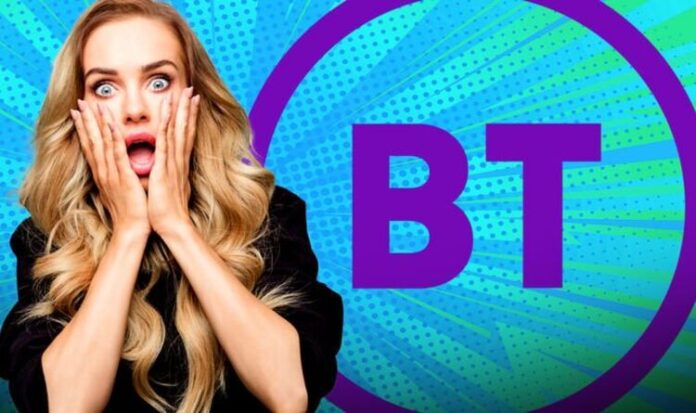 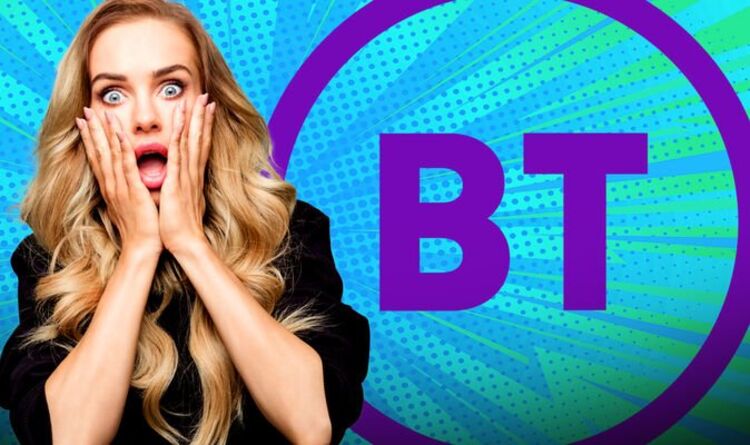 Yes, it’s that time of year again. BT will increase prices for almost all customers, including BT Broadband, landline, BT Mobile, BT Sport and BT TV, from Thursday March 31. Worse still, customers will be hit with the biggest price hike in years – with most faced with a record-busting 9.3 percent increase to their bills each month. Ouch. BT has contacted all customers who will be clobbered with the price hike, so those who haven’t received an email or letter from the telecoms firm by now will be safe in the knowledge that they’re exempt from the wallet-busting price rise.

BT increases the cost for its customers each year – this is outlined in the small-print of the contract when you sign-up for a deal – with monthly bills always rising by a set formula tied to inflation. BT relies on the Consumer Price Index, or CPI, to measure inflation in the UK. The Office of National Statistics publishes the CPI rate each month, which is based on household spending. BT always adds 3.9 percent to the CPI rate published by the Government body in January – and that’s it. Last year, this calculation resulted in a price rise of 4.5 percent for all BT customers.

Spiralling inflation (CPI was measured at 5.4 percent by the Office of National Statistics earlier this year) has led to a much loftier increase for all BT customers. At 9.3 percent, broadband and television customers will see double the price hike imposed on their monthly bills this time last year. Of course, BT isn’t the only company that increases its prices each year. Vodafone, Plusnet, and EE all rely on the same formula as BT, adding 3.9 percent to the Consumer Price Index (CPI) as measured in January. As such, customers with these companies will see similarly record-breaking hikes in the coming days.

So, what can you do about it?

Well, that’s the worst part …nothing, most likely. If you’re still within the minimum contract term with your current provider – whether that’s BT, Vodafone, Plusnet or EE, you’ll just have to stomach the increase to your monthly bills. As mentioned above, the annual increase is outlined in the small-print when you signed up for a contract with BT or its closest rivals so, while the price hike coming this week is eye-waveringly large compared to previous years, there’s nothing to do but watch the direct debit take a bigger chunk of your monthly wages.

Speaking about the upcoming price rise, BT Managing Director of Consumer Customer Services Nick Lane told broadband-focused blog ISPreview: “Price rises are never popular, but are sometimes a necessary part of business, if we’re to keep up with the rising costs we face and ensure we can continue to deliver a brilliant network experience as customers usage of data grows month on month. We’ve thought long and hard about how we make sure that any pricing changes are predictable, clear, and not unfairly focussed on our existing customers, but reflected in our new prices too.”

“These changes won’t be for all our customers, however. For our financially vulnerable customers on BT Home Essentials, BT Home Phone Saver and BT Basic, we will be leaving their prices as they are,” Lane added “We’ll soon start writing to our customers, letting them know clearly what this year’s changes will mean for them. We’ll also be explaining why this year’s increase is necessary, allowing us to continue to offer our customers the best and most reliable connection on our networks, with the latest technologies and brilliant UK based service – and all in the most sustainable way.”

BT’s Openreach is rapidly expanding its full-fibre infrastructure across the UK, with a target of reaching 25 million premises by December 2026. As it stands, it has connected a little over six million homes.

This next-generation broadband technology can deliver speeds of up to 1,000Mbps, or 1Gbps. For comparison, the average home broadband speed in the UK is currently 70Mbps – or roughly 14x slower. Fibre broadband is also more resilient compared to the ageing copper cables that it replaces, which can be impacted by bad weather. While most households are unlikely to need 1,000Mbps download speeds at the moment, the upgrade will future-proof broadband as the next generation of technologies emerges, including 8K high-resolution video streaming, virtual reality (VR) video games, and more.

Busy households with multiple people making video calls, downloading games for the latest generation of home consoles (these can regularly top-out over 100GB in size), streaming music and television, controlling thermostats, lightbulbs and video doorbells over the internet, sending and receiving photos over WhatsApp, and backing up their devices to the cloud… all at the same time will benefit from the expanded bandwidth provided by the latest generation of full-fibre broadband. For comparison, Virgin Media now offers download speeds over 1,000Mbps for all 15.5 million of its customers.

Fortunately, not everyone will be hopeless to just stomach the record-breaking price rise coming from BT. Research published by telecoms regulator Ofcom has revealed that as much as 40 percent of all broadband customers are currently out-of-contract, which means the minimum contract term of their initial deal has now expired. These customers are free to leave BT without any penalties. It also leaves them free to negotiate a new deal with the same broadband provider – since the company will be keen to sign them up to a new minimum contract term.

For those worried about a headache switching between suppliers – don’t panic. Following the introduction of new rules by Ofcom, switching between providers that rely on the same infrastructure from Openreach – including BT, EE, Sky and TalkTalk – is impossibly simple. You’ll only need to contact the new Internet Service Provider (ISP) you’ve chosen, then everything else is handled behind-the-scenes. There’s no need to have an awkward break-up chat with a customer service representative from the broadband company you’re leaving …that’s all sorted by the new supplier you’ve picked. They’ll even arrange the switch-over date for you, so that you’re not paying both companies for broadband over the same period and you’re never left without internet for more than a day or so.

And that’s it. Your new provider will send out a new router in the post – as well as a home phone, most likely. When the date of your switch-over arrives, your new Wi-Fi hub will kick-in and that’s it. You’ll be told when the switch has taken place and you’ll be free to unplug the old kit and leave behind the old direct debit.

There is one small caveat. Until the Ofcom rules change again, which is due to happen in December, switching between a broadband company that relies on Openreach and one that uses its own infrastructure, like Virgin Media or any of the new full-fibre brands, like Giganet, Hyperoptic, you’ll need to handle everything yourself. There’s still no automatic switching. Instead, you’ll need to manage the move yourself – getting the timings right to ensure that you’re not offline for an inconvenient amount of time.

Ofcom had asked the industry to create a process to end this discrepancy – so that switching from BT to Virgin Media, or HyperOptic to Sky, or TalkTalk to EE, are all identical. Unfortunately, that didn’t happen. After failing to do so, Ofcom officials are now working to create their own solution. The regulator says it will consult the public and the companies involved before it rolls out ahead of the December 2022 deadline.

But in the meantime, if you want to take advantage of the latest deals from these full-fibre providers, you’ll need to manage the switch yourself. Express.co.uk has rounded up the best broadband deals in the UK in our in-depth guide here.

Your BT Broadband bill will increase THIS WEEK, and that’s not even the worst part