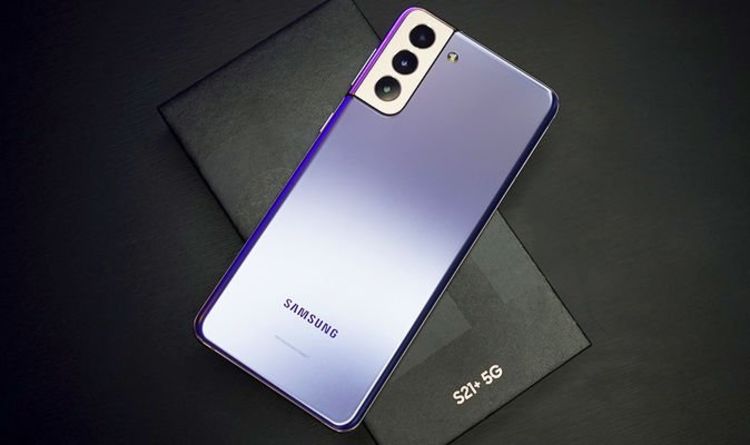 The Samsung Galaxy smartphone in your pocket is set to lose some of its shine this week as Samsung gears up to launch its next-generation range, dubbed Galaxy S22. The new series of handsets are tipped to arrive in three flavours – the Galaxy S22, Galaxy S22 Plus, and Galaxy S22 Ultra. Ahead of the official announcement, scheduled as part of the upcoming Galaxy Unpacked launch event on February 9, a number of leaks have seemingly revealed details about the forthcoming flagship. And it sounds like a real doozy.

The latest leaks as courtesy of reliable tipster Evan Blass, who has an almost unmatched track record when it comes to sharing as-yet-unannounced details about hardware from Samsung, and seemingly reveal new details about the camera and specifications of the Galaxy S22 series. First up, the Galaxy S22 will purportedly ship with a 6.1-inch display, while the Galaxy S22 Plus arrives with a larger 6.6-inch screen. Both are AMOLED displays with a 120Hz variable refresh rate, which offers smoother system animations and fast-paced action when playing games. Samsung will include support for its HDR10+ standard on all Galaxy S22 models.

The Galaxy S22 Ultra sports the biggest screen – totalling 6.8-inches – and has a higher 1,750 nits peak brightness rating too.

All three models will be powered by either Samsung-developed Exynos 2200 or Qualcomm’s latest Snapdragon 8 Gen 1 processor, with the model of chipset varying between countries. With previous generations, Samsung has always relied on its own Exynos brand in the UK, although we won’t know until the announcement later this week.

Either way, both of these chipsets promise faster speeds, better photography and improved battery life.

As well as the better power efficiency of the new silicon, Samsung is squeezing some monster batteries into its new handsets. The standard S22 will boast a 3,700mAh cell, while the Galaxy S22 Plus will include a 4,500mAh battery. The former will support 25W fast-charging while the S22 Plus enjoys 45W charging, which should replenish half of the battery in around 20-minutes.

Both Galaxy S22 and Galaxy S22 Plus will arrive with a triple-camera set-up, with a 50-megapixel main shooter, a 12-megapixel ultrawide, and a 10-megapixel telephoto for lossless zoom. The latter looks set to be marketed under Samsung’s Space Zoom feature, which promises 30x zoom using a mixture of optical and digital techniques. Flip over the handsets, Samsung will include a small centred home in the edge-to-edge AMOLED screen to house a 10-megapixel selfie camera.

And what about the all-singing, all-dancing Galaxy S22 Ultra? The handset will be fitted with a so-called SuperClear Lens, which will boast a colossal 108-megapixel sensor. Leaked marketing material, shared by Evan Blass, suggests the SuperClear technology will enable “brighter shots without reflections or glare”.

Elsewhere, the Galaxy S22 Ultra is tipped to be the only model that supports the S Pen stylus – the accessory that was previously reserved for the Galaxy Note line-up and allows owners to annotate webpages, sign PDFs, draw and doodle on-screen, and more.

Ahead of Unpacked, we expect to see a few more leaks to fill-in the remaining blanks. But even with what we know so far, the Galaxy S22 series is shaping up to be a stellar entry into the flagship smartphone lineage. If you’ve got an ageing Galaxy phone, it might finally be time to upgrade to the latest model.

Your Samsung Galaxy will look horribly outdated this week

Microsoft mistake reveals why you should think twice before switching to...