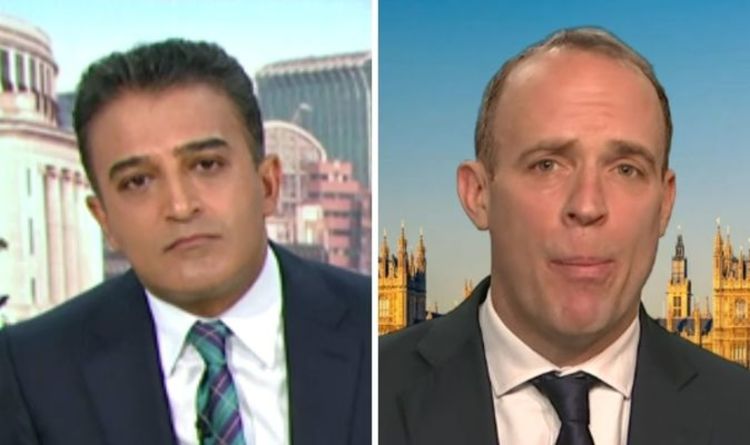 Dominic Raab appeared on Monday’s instalment of Good Morning Britain where he was probed about a photograph of Prime Minister Boris Johnson and a dozen other people drinking in his Downing Street residence which was allegedly taken during a COVID-19 lockdown. The Deputy Prime Minister erupted at presenter Adil Ray for “interrupting as usual” as the row escalated between the pair.

During the instalment, Ray quizzed Raab over the controversial photograph, taken in May during a lockdown, which was published in the Guardian on Sunday.

Ray fumed: “Give me an example of another group of people in the entire country in May 2020 who could have finished work and had cheese and wine?”

Raab replied: “Well in any setting where they were conducting their work…”

The presenter interjected while Raab was in mid-sentence: “Give me an example, which industry?”

The politician snapped: “Sorry, you’re doing the usual thing of trying to interrupt me.”