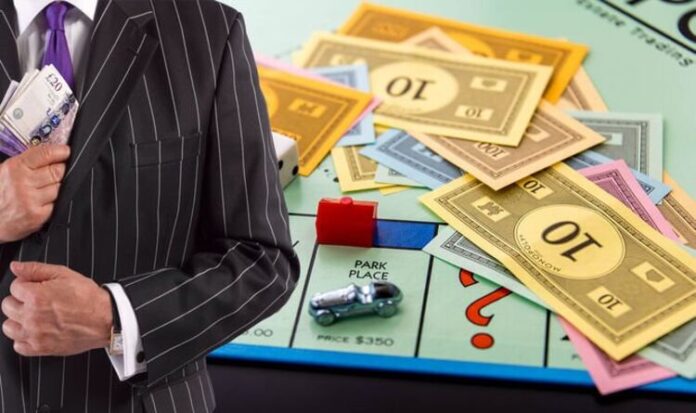 Licensed in more than 100 countries, available in 37 languages, and enjoyed by a staggering billion people since launching back in the 1930s, Monopoly is one of the best and most beloved board games of all time. However, despite its popularity,  it turns out many of us have been playing Monopoly wrong. According to new research, nearly half of all Monopoly players admit to making up rules, while a whopping 69% of fans haven’t even read them.

The research was conducted using the digital version of the game, which is developed and published by Marmalade Game Studio.

According to the Monopoly app developer, common made-up rules include skipping tax squares, avoiding auctions and buying hotels too early.

The full list of the most common made-up rules – which is based on analysis of roughly 4 million people – can be seen further down the page.

Fortunately, the digital version of Monopoly now gives players the opportunity to play with their own custom rulesets.

Likewise, the Apple iOS and Android app contains a quick mode for speedier play, as well as a solo mode, in-game video chat, and additional city and country themes.

Commenting on the ruleset controversy, Marmalade co-CEO Cristina Mereuta said: “Monopoly is famous for causing arguments, and games can run for over four hours so it can be tempting to turn to the unofficial rules.

“Most digital versions of Monopoly stick rigidly to the rule book, but at Marmalade we have made the favourite house rules optional. After all, making-up rules is part of an 87-year tradition, and families have been disregarding the official rule book for decades.”

The top 10 most popular made-up rules in Monopoly…

1.  All tax payments and fines are paid out to the person who lands on Free Parking – not a rule! Officially, Free Parking simply gives players a break

2. Skipping spaces such as tax squares – it’s not allowed

4. Not being able to collect rent when you are in Jail – not according to the rulebook

5. Avoiding auctions – officially if a player lands on a property and doesn’t want it, the property goes straight to auction

6. Always having auctions – officially the person landing on it has first choice to buy, but some players think it should go to an auction straight away

9. Getting out of jail early – some players say you get out after one throw. Officially it’s three

10. Starting with properties – some like to start with three properties, even though officially you start with zero