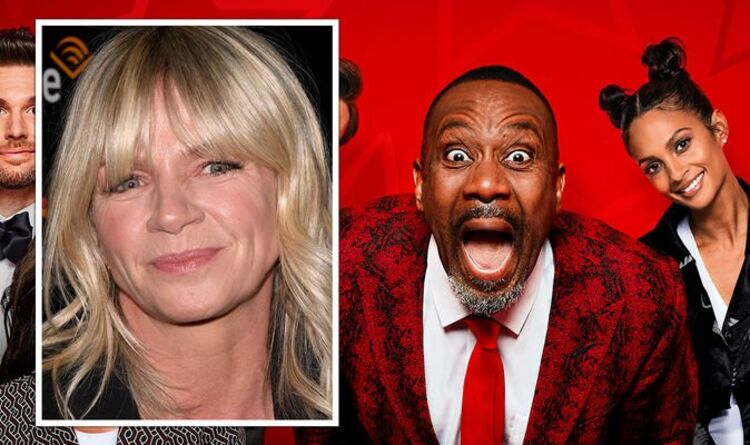 The 51-year-old presenter, who hosts The Zoe Ball Breakfast Show on BBC Radio Two, was due to present Friday night’s Comic Relief alongside Sir Lenny Henry, Paddy McGuinness, Alesha Dixon, and David Tennant. However, she announced on Friday morning she’s had to pull out of the fundraising programme after testing positive for coronavirus.

She told her 394,000 Twitter followers she will be watching the show from her bed after her lateral flow test result was positive.

Zoe penned: “Fell at last hurdle and have had positive lat flows this am- noooooooo – [the] gorgeous @AleshaOfficial is going to work the double shift tonight on @ComicRelief, I owe you lady love – good luck to A, Lenny, David, Paddy, AJ, Vernon, & the @comicrelief gang.

She added: “There are so many brilliant treats in store tonight. I’ll be watching & supporting from bed (probably in full makeup, outfit, heels and all) might invite @joeldommett over.” (sic)

The three-hour programme will bring a combination of comedy as well as inspiring stories of how the public’s donations can help Comic Relief projects in the UK and around the globe.

For the show, BBC viewers can expect to see music icon Kylie Minogue star in a one-off sketch featuring the cast of the BBC comedy Ghosts.

Strictly Come Dancing 2021 champions Rose Ayling-Ellis and Giovanni Pernice will perform together for the first time since the Strictly Live tour ended.

Dawn French and Jennifer Saunders will also be appearing on screens to visit Jay Blades in The Repair Shop as their characters from The Extras.

@Zombie404 remarked: “Omg poor you, well Gary’s [Davies] done a great job on your show this morning so best see if he wants the early shift next week.”

Gary, who filled in for Zoe on Friday morning, interviewed Bryan Adams who was live from the BBC’s Maida Vale studios with new music.

@SezzyJane added: “Such a shame. Hope you’re not feeling too poorly. Plenty of rest.”

A concerned Shane asked: “Nooo. Get well soon. Take it this means you won’t be on @BBCRadio2 next week either?”