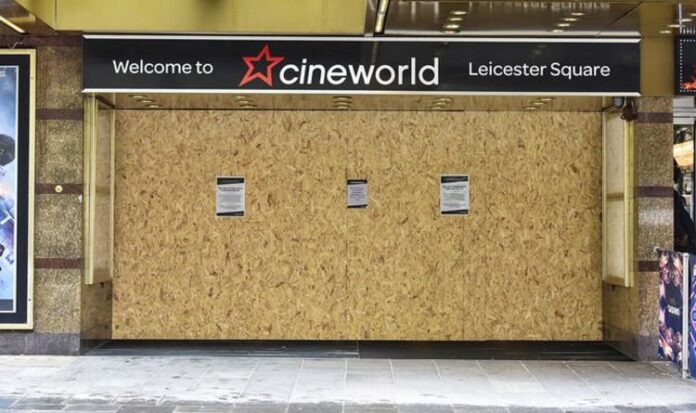 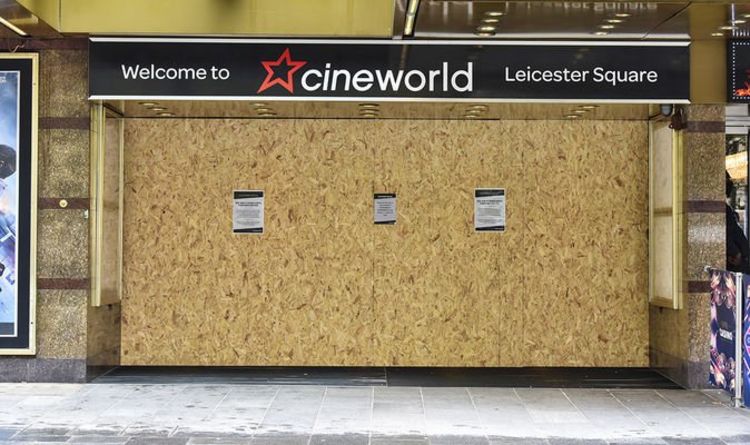 Many businesses across the UK have taken a huge financial hit due to the pandemic, including the nation’s cinema chains. When the first lockdown began in March, Hollywood blockbusters postponed their biggest movies to later in the year or even 2021. Of course, the likes of Cineworld, Odeon and Vue did briefly reopen in the summer for movies like Christopher Nolan’s Tenet.

However, after James Bond movie No Time To Die and more abandoned their autumn slots for 2021, and the country went into a second lockdown, UK cinemas were forced to close again.

This included Cineworld’s 128 movie theatres across the UK and Ireland with 5,500 employees finding their jobs at risk.

The cinema chain said in early October that it did not expect to recover to pre-pandemic levels until at least 2023.

Now Cineworld cinemas are considering permanently shutting down some of its venues as it seeks to arrange a rescue deal.

READ MORE: The Batman DELAYED to 2022 after massive cinema closures

According to the Financial Times, Cineworld is discussing an insolvency process known as “company voluntary arrangement” (CVA) with lenders.

Being £6.2 billion in debt, the cinema chain have appointed AlixPartners to discuss debt restructuring with its landlords.

Similarly, Vue, Odeon and Everyman are speaking with consultants for similar reasons.

As it stands there is very little reason for cinemas to reopen at Christmas, with currently only Wonder Woman 1984 still hovering over the period.

However, this is only for US consumers since the UK does not have access to the HBO Max streaming service.

Nevertheless, EMPIRE have pointed out that Wonder Woman 1984 is still set to release internationally in cinemas that are open on December 16 – a week earlier than the US.

Interestingly, Warner Bros sent The Witches directly to HBO Max, with the Robert Zemeckis movie being made available in the UK on PVOD, with a rental price of £15.99.

So, if cinemas don’t reopen this Christmas, this could well be how Wonder Woman 1984 is made available for Brits.

Next year is full to the brim with this year’s delayed blockbusters including James Bond movie No Time To Die.

However, with UK cinemas struggling, who knows how many screens will be available to show Hollywood’s biggest 2021 movies.