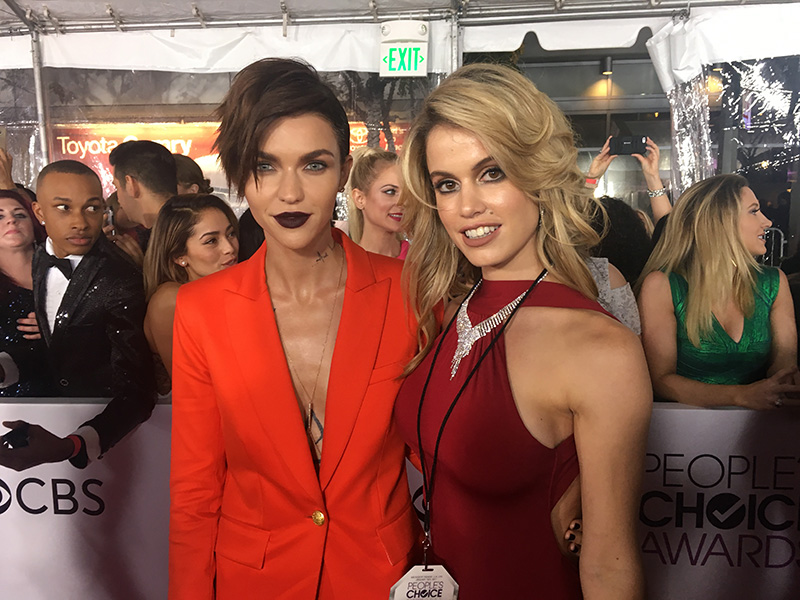 On Wednesday 18th January 2017, I was assigned to cover the 43rd People’s Choice Awards for True Hollywood Talk. The awards show was held at Microsoft Theatre in Downtown Los Angeles. I got to interview Hollywood’s Hottest actors, actresses and artists and meet and spend time with the incredible producers behind the creation of the People’s Choice Awards, Procter and Gamble. 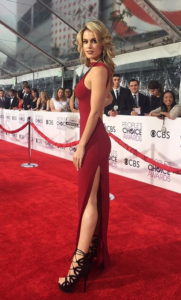 Despite the cold weather and rain outside, the red carpet was buzzing with electric energy created by Hollywood’s finest talents arriving with a dominating yet alluring presence dressed to impress in their couture and fine jewellery.

People’s choice awards Host, Joel McHale made a dramatic entrance onto the red carpet as he took a number of selfies with the VIPs, enjoying the attention and looking charming as always.

Everyone has a role model in life and mine is Ellen Degeneres. Being able to meet Ellen and witness my very own role model making history by becoming the most decorated People’s Choice Award winner ever was truly a dream come true. Ellen won favourite daytime TV Host, Favourite animated Movie Voice and Favourite comedic Collaboration bringing her lifetime PCA total to an incredible 20 awards!

Being up close and personal with ‘The Big Bang Theory’ cast on the red carpet and at the Ritz Carlton after party was surreal and I was happy to celebrate their victory with them as they took home the Favourite Network TV comedy for the fifth year running.

I didn’t get to interview or personally meet Justin Timberlake this year at the 43rd People’s Choice Awards but just want to give him a shout out for being such an iconic inspiration and a big congratulations for winning, Favourite Male Artist.

Would I go back to People’s Choice Awards next year? Absolutely! Undoubtedly one of the best experiences of my life! Thank you “True Hollywood Talk” for giving me the chance to interview the greatest living legends of all time and to the talented and amazing women of “Procter and Gamble” for making the whole experience a dream come true.

Oscar winner George Chakiris opens up about his career, jewelry, and book on Power 98.5 Satellite Radio