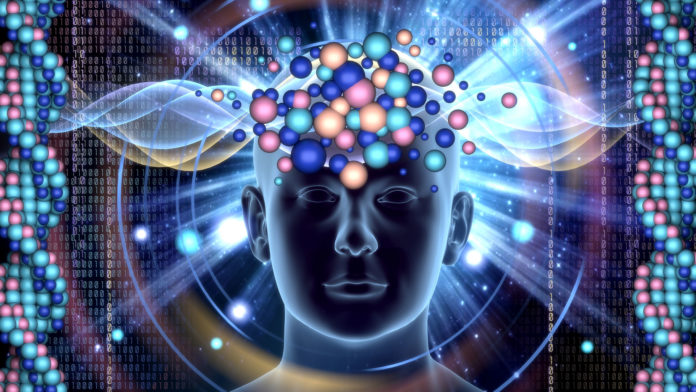 I have always dreamed of the day we can wake up in surrogate bodies. And I’m a huge fan of making science fiction into science fact. Ever since I was a kid I have been interested in an episode of Batman The Animated series, in which a fight scene takes place between a robotic version of Bruce Wayne, AKA Batman, called a “duplicant”, basically a robot that duplicates a human.

According to the Wikia article of the episode, “there is a fight scene between a duplicant and Batman in which the duplicant informs Alfred “there is only one Batman now”. He removes the component from his skull and inserts it into the Bat computer. It begins a five-minute downloading process. He explains that once HARDAC is operational, he can take control over worldwide defenses, thus forcing humanity to do his bidding. Alfred will continue his duties until his duplicant is prepared. Batman soon arrives and the battle continues. The duplicant is more than a match for Batman, who tries to awaken the humanity within the machine, realizing that the machine may have the same problem with taking a life that he does. He points out that it also risked its own life to save Rossum’s. Batman continues to point out evidence that the duplicant can’t bring itself to kill. The duplicant claims that his only purpose is to serve HARDAC. The duplicant tries to convince with Batman that HARDAC’s goals are the same as his. However, Batman refuses to believe it, forcing the duplicant to continue the fight.

The duplicant finally corners Batman at a cliff edge but it can’t bring itself to push him over the edge. Batman claims that HARDAC did much too good a job duplicating his personality. He is proven correct when he attacks and the duplicant hits him away. Though it tries to save him, Batman seemingly falls to his death. The duplicant realizes he has taken a life and is shocked by it. It returns to the Bat-computer and realizes that HARDAC will take the lives of millions. The duplicant, now in a state of desperation and partial insanity, destroys the Bat-Computer before the upload is complete. The explosion knocks him into the Batmobile and the smoke sets off the fire suppression sprinklers. The water shorts out the duplicant and he is deactivated.

Alfred goes searching for Batman and discovers that he is still alive. Alfred helps him out of the abyss and Batman goes to his duplicant. Learning of what it had done he ponders whether the duplicant may have had a soul. “A soul of silicon, but a soul nonetheless”.

Now to me this was the most profound TV episode for kids in a TV series that’s very much transhumanistic and promotes the Singularity.

I always dreamed about human-like AI, and robots that will replace and help humanity and consequently our lives better. My last H+ article spoke about companies like IBM and Google making AI a reality, now the whole point of making this technology a reality is to make surrogacy a reality as well.

What will this require includes true pattern recognition, superfast cloud connections like 10 gigabit wireless transmission to the robot or better. It will require robots to have awareness and all major senses. In one approach, the processing will be done via the cloud and in real time transmitted to the Surrogate robot. However for safety, lots of basic processing must be done locally in the robotic hardware as well.

Another approach is to combine the surrogate robot with true autonomous AI, with humans and AI basically merging; we would upload ourselves into the machines.

We would accomplish this by connecting our entire sensory system to the robot’s using nanotechnology. We would receive all sensory inputs though the robot body similar to the way in which you experience a dream body while dreaming. Basically full immersion virtual reality.

What are the implications of this?

Well there are many! You can do insane things you could never do before, like going to space, visiting asteroids and outer planets, snowboarding in extreme ways, doing risky things you would never usually do in your original bio body. Our experiences would be enhanced in every way, we could travel to multiple places, and our surrogate bodies will fly like Iron man and have superhero strength.

We will be ultra productive as a society doing 10x the work per person.

What are some of the recent technologies that are bringing us to this advanced state of society?

At CES I got to try out this new technology called Oculus Rift in full HD, I imagine as it gets to 8K in a photo realistic world and with my Bose headsets for sound, I can take a virtual vacation anywhere in the world during a lunch break. I would love to visit places on Google Earth in full immersion virtual reality, so I can vacation anywhere in the world without going there or decide which place I would like to visit in full immersion virtual reality.Travel companies of the future will leverage and utilize this technology.

Most recently a student at the Florida International university used Oculus with some sensor laden gloves to control a robot that acted as his surrogate. Now imagine this technology as we leverage Moore’s law and ongoing developments in robotics and senor systems.

People will use a BCI, HMD and sound input, to start traveling places virtually. At some point the real world will seem limited.

I like the worlds I dream about. Imagine you could fall in love with real people living in an AI generated world or even through surrogacy! You would then be able to judge people for who they truly are on the inside.

I look forward to this new world. I think its coming very soon. Thanks to the beginnings of technologies like Oculus, and Brain Computer Interfaces. I think we will soon have hyper-realistic full immersion virtual reality.

We are entering a brave new world, what kind of world do you want? You could see a utopian civilization.

Sky's NOW streaming service returns with a much cheaper way to...