Part eight of the Fast and Furious is on its way to the biggest opening ever!  The movie’s domestic tickets sales were over $45 Million.  Opening in over 4,300 the movie is on its way to over $100 million for the weekend.  The Furious will be the widest pre-summer release ever.

At over $530 Million Worldwide it will have the record for the biggest all time international box office record for an opening in movie history.  It will also become the fourth-highest grossing movie of 2017 and might approach 3rd based on what the number reflect on Monday.

In this installment Charlize Theron brings a face to the character of the master hacker “Cipher”.  She forces Dom (Vin Diesel) to commit some major crimes for her by kidnapping two people that mean everything to Dom. Dom’s fellow teammates don’t know what is going on and Dom becomes the enemy.  The next team’s mission is to find Dom. For action fan this movie brings some of the best shoot em up, fights, explosions and car scenes ever scene, along with a little humor.

Fast and the Furious has built a huge fanbase ever since Paul Walker went up against Vin Diesel in the original 2001 movie.  Not only has it build a huge movie fanbase, it has build a new category in the street racing and auto accessories industry.

While there are rumors that this could be the last installment one can only wonder if maybe the popularity of this franchise isn’t quite yet.  In any case Fast and the Furious will always be part of movie history.

FTSE 100 LIVE: Asia stocks hindered by US China tensions as...

Fundnd Solves Financial and Scalable Issues For Companies That Need It 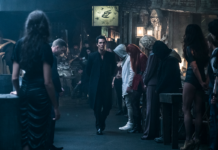 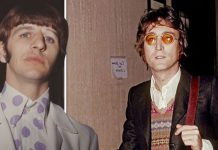