If 2021 needs anything, it’s Cleopatra and Gal Gadot.

When Gadot announced that she would be accepting the role, she said the historical biopic would tell the queen’s story “for the first time through women’s eyes, both behind and in front of the camera.”

From what little we know about the plot, this also explores Cleopatra’s political and romantic alliances with Julius Caesar and Marc Antony.

But if you look at Gadot’s career portfolio–an insurmountable number of works, nothing stands out more than the badass strength, charisma, and charm she brings for all women who have felt silenced. Her role as Wonder Woman couldn’t have been a better choice, which is what drove the DC film into a huge success.

This makes Gadot’s reunion with director Patty Jenkins, who has directed her twice as the superheroine, is monumental for women everywhere.

Cultural Appropriation? Not So Much.

Last weekend, Gadot received backlash for accepting the role because Gadot is neither “Egyptian” nor “Arab.” This is what many would call “cultural appropriation,” which stems from historical confusion behind Cleopatra’s ancestry.

But let’s try and debunk some misinformation that continues to spread throughout the Twitter-verse. Remember, folks, use the power of academia and Google.

Those familiar with Greek mythology (and anyone who uses the power of Google) can very easily recognize one truth behind Cleopatra’s origins: she’s not Egyptian nor Arab.

Yes, Cleopatra was born in Egypt. That doesn’t make her Egyptian. The confusion stems from a long history of Cleopatra’s family living in Egypt for over 250 years, but this was prior to her birth. She is the second daughter of Ptolemy XII, a descendant of Ptolemy I Soter, a Macedonian Greek general. She and the rest of the Ptolemy’s were pure Macedonian Greek. But no Egyptian ancestry.

While historians have not definitively proven the ethnicity or identity of Cleopatra’s mother, they do know that Cleopatra is most likely Greek Macedonian.

Gadot, an Israeli-native, has been the subject of a much heated debate in recent years because of her Israeli heritage and service with the Israeli Defense Force (IDF). One instance involves a photograph Gadot took and posted of herself with her daughter, Alma, as the Israel-Gaza conflict seemed to be worsening.

“I am sending my love and prayers to my fellow Israeli citizens,” she wrote. “Especially to all the boys and girls who are risking their lives protecting my country against the horrific acts conducted by Hamas, who are hiding like cowards behind women and children…We shall overcome!!! Shabbat Shalom! #weareright #freegazafromhamas #stopterror #coexistance #loveidf”

However, not everyone was happy with it. Par for the course.

At the same time, she has also condemned and called out Israeli Prime Minister Benjamin Netanyahu in defense of fellow Israeli actress, Rotem Sela, one of Israel’s top models and TV hosts, who Netanyahu publicly criticized.

“Love your neighbour as yourself,” Gadot wrote on Instagram. “This isn’t a matter of right or left. Jew or Arab. Secular or religious,” the “Wonder Woman” star posted.

“When the hell will someone in this government let the Israeli public know that this is a country for all its citizens and that every person is born equal. And also, that the Arabs are human beings,” Sela wrote in her Instagram post.

Netanyahu and his Likud party have been accused of using scare tactics and dog-whistle politics by demonizing Israel’s Palestinian Arab population ahead of the April 2019 elections in a bid to motivate their right-wing base.

Some were confused by Gadot’s “sudden support” and condemnation of Netanyahu, referencing again, her two-year service with the IDF where individuals believe she was contributing to the “oppression and murder of Palestinians.”

It’s only fair to assume that she would voice her support for the Israeli military, no?

Consequently, Gadot has been labeled as supporting “genocide.” Others have thrown the “women of color” card out, demanding that the role of Cleopatra go to a Black actress, because Egypt is part of Africa.

After Gadot’s time served with the IDF, she began studying law and international relations at IDC Herzliya college while making a name for herself in the entertainment industry.

gal gadot should rethink her pro-genocide bootlicking stance before trying to play a greco-egyptian pharaoh https://t.co/nIO3EZGd6M

Another attempt to white wash a historical figure! U are a white Isreali woman. Cleopatra was MACEDONIAN and EGYPTIAN. Its awful how u deny important roles to women of color!!!!

3. Want to Stop Our Bully Culture? Start With the Journalist Who Supports Stalin.

You can’t argue with stupidity. But you can argue against those who are in positions of influence and power who use their clout to communicate and contribute to a distasteful and culturally insensitive world we live in.

Journalists have an obligation to stand above the hype, especially when it comes to “endorsing” certain views on social media. But apparently, that went out the window (on a massive scale) following Gadot’s acceptance for her upcoming role as Cleopatra.

Meet Sameera Khan, an independent Pakistani journalist who showed all her cards in just one tweet. But don’t worry, you have her entire Twitter account to give you a better idea as to who she is and the values she upholds. Khan’s racial bias and prejudice is contributing to a very poisonous culture the media claims to be against.

Khan has a history of cultural insensitivity and questionable ethics.

In 2018, Khan posted a series of tweets defending Joseph Stalin in addition to posting multiple memes about Stalin’s gulags. Stalin.

But her apology on October 8, 2018 for the memes meant nothing:

“I also in no way intended to make light of the tragic mass persecutions they took place under the Stalin regime and I again apologize for sharing this misleading and offensive information.”

Shocker. Lack of due diligence and any integrity whatsoever. Khan is a liability to the industry and adds to the poor taste journalists get for stirring the pot and taking facts out of context.
Once The Hollywood Reporter shared the news that Gadot and film director, Patty Jenkins would be reuniting in the upcoming historical biopic, Cleopatra, Khan took it upon herself to intentionally target and endorse the very bully culture and cancel culture the industry is trying to minimize, with the following tweet:

“Which Hollywood dumbass thought it would be a good idea to cast an Israeli actress as Cleopatra (a very bland looking one) instead of a stunning Arab actress like Nadine Njeim? And shame on you, Gal Gadot. Your country steals Arab land & you’re stealing their movie roles… smh,” Kahn wrote on October 11.

Which Hollywood dumbass thought it would be a good idea to cast an Israeli actress as Cleopatra (a very bland looking one) instead of a stunning Arab actress like Nadine Njeim?

Also, her underlying belief is just flat-out wrong, which she acknowledges and follows-up in a subsequent tweet:

Cleopatra was part Greek and part Berber. That’s what we know for sure. Scholars have been debating this topic for centuries now.

And if that isn’t enough for you, feel free to go to Khan’s Twitter page, where you can find her retweeting several messages that are just plain hateful–conduct unbecoming of any professional journalist.

The fact she still has a career after this is proof that our industry needs to be cleansed of this systemic bias and racism. Want to rid the industry of cultural bias and systemic bullying?

Get rid of this clown. All she is perpetuating is the stigma that Jews apparently, aren’t allowed to play the role of a pagan Greek queen of Egypt from 2,000 years ago. What kind of mentality is that?

Khan’s mindset, is one of many whose ability to appreciate and respect religion only emphasizes the misnomer that Israel and Israelis are still not part of the region. In Khan’s world, no actress born in Israel can play “Middle Eastern” roles, or even Greek roles.

Khan’s tweets had nothing to do with Gadot’s looks or charisma, but about her heritage and ancestry.

Which makes Facebook’s announcement on Monday morning all the more impactful. While it came 12-years too late, progress is progress, I guess you could say.

On Monday morning, Facebook announced the major change to its policy in how it approaches Holocaust denial on the platform. This comes after years of criticism for not removing extremely offensive (and anti-semitic) content in favor of upholding what the platform believed to be the user’s First Amendment right to “freedom of speech.”

Let’s hope that our industry’s most respected figures, like Gadot can rise above the hate and continue representing the symbol of hope and women empowerment she always has. You will forever be our Wonder Woman.

How I Kick Writer’s Block Under Pandemic Pressure

Queen Under Pressure: The crazy moment Freddie SERVED Bowie before he... 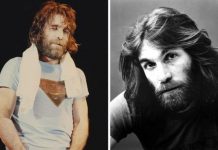