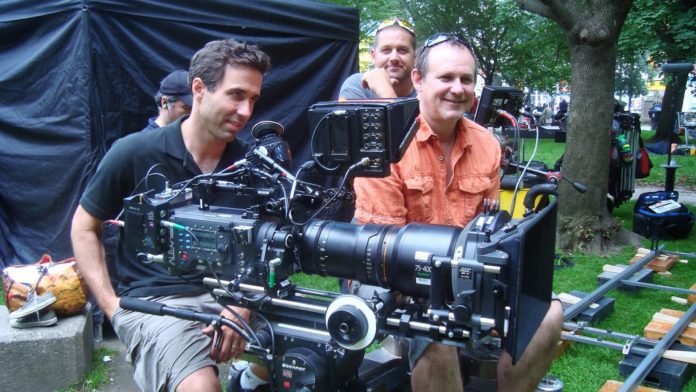 The entertainment industry is doubling down on movie-themed merchandise, a move largely attributed to dwindling box office sales and a decline in DVD purchases. A recent study suggests the investment was worthwhile – sales of licensed merchandise hit $262.9B last year, with entertainment and character licensing directly contributing the largest slice – $118.3B – to the vast pie.

While studios are compensating for diminishing revenue by capitalizing on character-inspired wares, the new entertainment landscape is increasingly difficult for low-budget filmmakers to navigate due to the growing number of films, amount of visual content competing for attention, and new distribution options like Netflix and Amazon.

It’s more important than ever to broadcast a film’s brand and message so it can be easily identified by a potential audience, harnessing brand familiarity into viewership and profits. But it’s difficult for indie filmmakers to get people to take a chance on something new.

Of course, indie filmmakers and film critics understand there’s still power to the narrative feature film. It allows a story and characters to be explored in a deeper and more truthful way than an episodic series, whose main goal is just to get the viewer back for more episodes.

“Each storyteller tells a unique story,” says Monica Morrison, founder and publisher of Indie Entertainment Magazine, on the uniqueness of indie narratives. “The common thread between them all is no agendas, just compelling truths from within.”

With some savvy, indie filmmakers can capitalize on their creative edge to tap into merchandise profits. Here’s how:

Being able to create physical merchandise on demand, such as DVDs, Blu-rays, posters and T-Shirts can enable the indie filmmaker/producer to generate revenue from their projects. There are plenty of suppliers on-line who can create merchandise on demand for minimal investment.

Depending on the subject matter and tone of the film, different avenues can be taken for this. For example, light hearted or comedic films might do well selling things like T-Shirts and coffee mugs, but a film with a more serious tone like my recent film, “Missing Child,” might do better by selling movie posters, shooting scripts or DVDs and Blu-rays. Because DVD and Blu-ray sales are dwindling online, turn to activations like in-person events such as film screenings to encourage an engaged audience to purchase.

Tap into the disc market audience and incentivize purchases

Even though the disc market is in decline, there’s still a good-sized market that can be tapped into, if you now where to look. Review sites that are dedicated to dvd and blu-ray critiques are a good place to start.

Adding “extras” such as deleted scenes and other supplemental materials can help a filmmaker engage with their audience. Rather than sharing behind the scenes content on YouTube or Vimeo, the Blu-ray format enables an indie filmmaker to present their material is a high quality creative way that can better communicate the ideas and themes of their story, while giving potential buyers an additional incentive to purchase.

Build an audience on social media

The main goal for any film is to be relevant and to build an audience. Social media allows anyone to have a voice. If the message is clear and interesting, a filmmaker can leverage sites like Facebook, Twitter and Instagram to build an audience. Once that audience has been built, there are ways to further connect and profit through use of merchandising.

A compelling and thoughtful narrative, especially one that’s free of advertising bias, is an important artistic expression. With a little savvy, indie filmmakers can leverage merchandise marketing opportunities to personally fund projects, maintaining control of the story, and keeping the indie genre alive.