The Stars of the Matrix reunited at the Arclight Theatre in Hollywood Monday night for the Premiere of John Wick 2. Keanu Reeves, Laurence Fishburne and Carrie-Anne Moss (who played Neo, Morhpheus and Trinity) attended the premiere with a number other well know stars. Fishburne plays the roll of the Bowery King in the sequel where John Wick (played by Keanu Reeves comes out of retirement.

The story takes place in Rome where a well dressed John Wick travels with his new companion, a pit pull.  A former associate plots to seize control of an international assassins’ guild.  The movie is chalked full of action as you would expect from this character as he prepares to fight against the worlds deadliest killers.

“The Man, The Myth the Legend” are uttered by Fishburne as he tells John Wick that he’s not very good at retiring.

You will see other familiar faces in this movie such as Ruby Rose, Bridget Moynahan(who play’s John Wick’s wife). John Leguizamo, Common and Lance Reddick who you’ll know from the TV series “Fringe”.

The Film is Produced by Santa Monica based Thunder Road Pictures who also produced the first movie and movies like Sicario, Wrath of the Titans and the upcoming Hotel Membai starring Dev Patel and Armie Hammer. 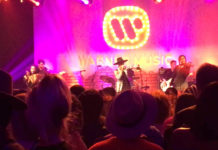 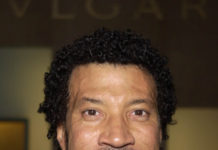 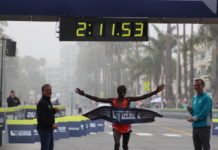 Elisha Barno and Hellen Jepkurgat of Kenya both Win at the... 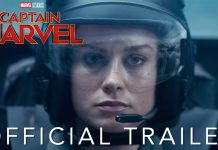