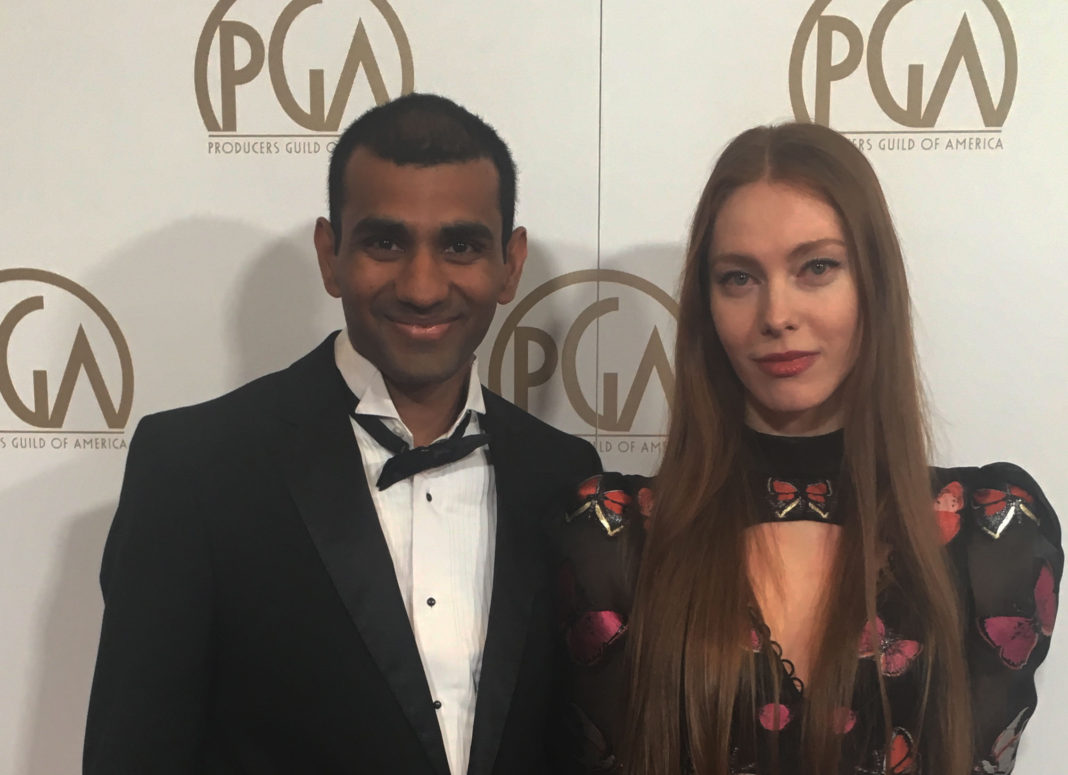 This year we caught up with documentary Producers Nitish Kannan and Alena Simone, from the film “Mission Save her” on the Red carpet.  Kannan and Simone spoke eloquently about ending human trafficking and the power of film to spread awareness about important social issues.

According to the FBI Human trafficking is believed to be the third-largest criminal activity in the world. Human trafficking includes forced labor, domestic servitude, and commercial sex trafficking. It involves both U.S. citizens and foreigners alike, and has no demographic restrictions.

His film documents the appalllng exploitation of Women in India who are sexually victimized. Mission Save Her” promises to not only raise awareness about victimized women around the world, but will provide insights into the life of one young victims.  “This is a problem that the world needs to addressed!”, said Kannan. “The only the world is going to find out about this, is if spread the word,  it’s our duty as human beings!”

Kannan is CEO and Founder of Circle Plus payments and his prodcution company located on the backlot at Universal Studios is currenly involved in producing the sequel as well as a couple of main stream feature movies.