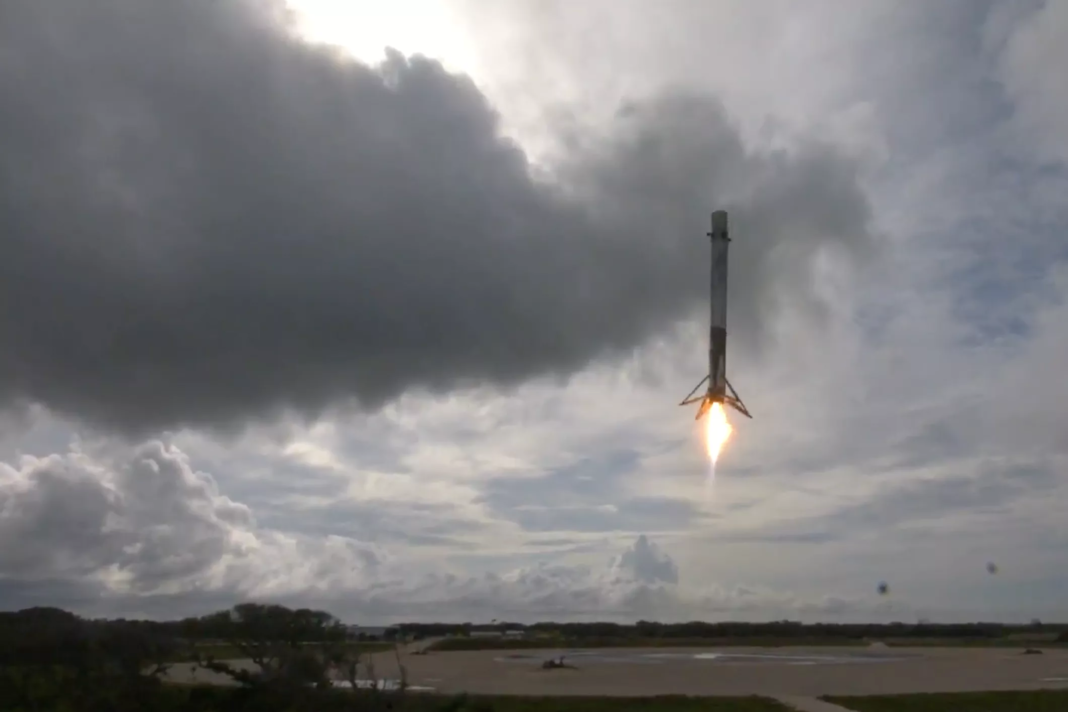 The SpaceX Falcon 9 Rocket has landed successfully!  The Dragon, which is still on its way to orbit, is carrying around 6,000 pounds of supplies and science experiments for the crew of the ISS. That includes a group of fruit flies to test out how the cardiovascular system functions in microgravity, as well as a group of mice to study bone loss in the space environment. Some unique technologies are also riding up inside the Dragon’s trunk — the unpressurized structure attached to the spacecraft that provides support and houses the vehicle’s solar panels. The trunk contains an instrument called NICER, which will eventually be mounted to the outside of the space station to look for neutron stars, as well as a specialized solar panel called ROSA which can be unfurled a bit like a flag, according to the Verge who was covering the launch today.

I personally watch the Cape Canaveral launch from my house and heard the sonic boom on the return of the first stage capsule re-entry into Earth. It was a spectacular sight. Now only if we could get to Mars sooner.

Next generation of Robots, and AI on board on ISS will hopefully soon allow more people to experience space and what its feels like to live in space.