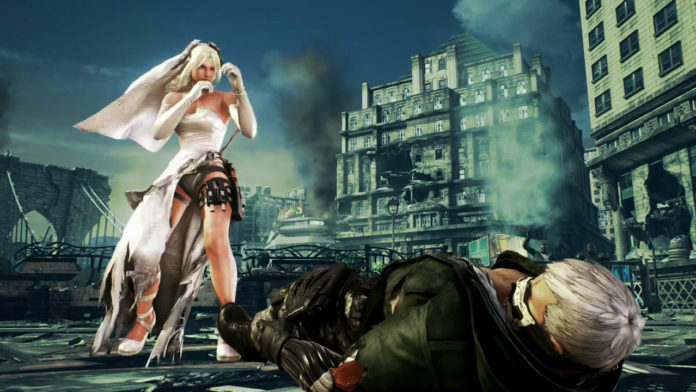 It’s been awhile since the last King of Iron Fist Tournament came out in 2009. Yes we had a Tag Tournament in the interim, but they’re fantasy matches. Fighting games have had a major resuurection since then, yet Tekken 6 and Tekken Tag Tournament 2  were nowhere near as fondly remembered as most of the older games in the series. Tekken 7 both finishes the Mishima Zaibatsu rivalry, but also proves why Tekken was amazing in the first place.

To see why, you only need to explore any of the offline modes to see a roster of 36 characters (including the DLC character Eliza avail on day one edition), made up of a range of new and old characters each with their own fighting styles. The key here is that there are very few that play the same and while it’s tempting to play as old favourites, the new characters fit nicely within the Tekken cast and story – for the most part.

I say that because, the likes of Akuma and Eliza with their use of Street Fighter motions feel undefined to a degree . On a controller, you may find you have an easier time with some of the directional inputs required to perform a Gohadoken. However, Street Fighter always had a bit of leeway when inputting using an arcade stick for Shoryuken so that the Hadoken doesn’t come out instead. This isn’t the case with Tekken 7, meaning that it had mis-read inputs that cost some players to lose some matches. Which can be frustrating to say the least.

Gameplay for each fight isn’t that different from Tekken 5, or Tekken 3 to a certain degree. You still execute button combinations with each button linked to a limb or leg, but with Tekken 6 they decided to create comeback mechanic with Rage that dealt more damage to foes per hit the lower you are on health.

In Tekken 7, this has been bolstered with Rage Drive, a one-use move that cancels the Rage state to perform a quick attack that leaves foes vulnerable to juggle combos, and Rage Arts, a super move that also cancels the Rage state upon completion, but has armour before you hit foes with a devastating combination. Which can come in handy and greatly affect a match outcome.

So, the impact in matches for each of those attacks goes, the Rage Arts may be a bit much. It isn’t necessarily the attack itself that’s the issue, but the armour beforehand that can make all but lethal blows essentially pointless, setting opponents up for a KO if the Rage Art connects. Rage Drive, if used in the right circumstance can definitely work, but it’s easily prevented. Both techniques can be blocked, except for Akuma’s Rage Art which is the Raging Demon found in Street Fighter.

Like more recent Tekken games, the arenas you fight in are self-contained stages that you are free to roam around and break parts of the area to take the fight into newer locales. Each one has a unique feel, some with great stage transitions for new parts of the same locale. While the presentation is amazing, the loading times can be somewhat long, though they are not as long as Tekken 6 loading times were, if yoy remember.

Tekken games have historically had a host of modes that range from the Streets of Rage-esque Tekken Force in Tekken 3, bowling, or the Tekken Ball. All of that is gone, making way for the dense Story: “The Mishima Saga” mode that features multi-match segments in each chapter. You play as a bunch of characters as the story progresses – a number of them have side stories – and if things are too easy or difficult for you, you can change the difficulty on the fly, with an extra difficulty unlocked post-completion.

As for the story mode, I really enjoyed where things were going once they got started.  A few points, such as how Akuma fits into the tekken universe, felt extremely forced and a couple of plot holes surface for the stories of past tekken games, most notably how Jinpachi Mishima’s appearance in Tekken 5 now makes no sense. Yet despite that issue, it’s still a great conclusion.

Customisation options have ruled  the Tekken games for a while now and Tekken 7 is no exception. Treasure Mode is where you can spend a lot of time unlocking new costume parts for the roster, some of which are unique to certain characters. Each fight gives you a chest containing a piece of gear, though in-game currency can also unlock gear. Occasionally matches that amp up damage or speed will occur, as well as Special Matches against one of the many boss characters.

The fun is just to include all of the bizarre stuff from before, which includes things like a hammerhead shark head, loud hats, sparkly metallic shades, but there’s also some genuinely amazing and offhand additions. The inclusion of New Japan Pro Wrestling gear is ironically a fitting cross-promotion and can be combined with almost every other item.( An aliens giegeresque scales and tentacles for yosimitsu!)

Other modes are minimal compared to previous Tekken games and while I did not test the PSVR exclusive VR Mode, the general consensus from other reviewers is that it’s a gratuitous  mess and rather unnecessary . You do have plenty to keep you busy such as the five stage Arcade mode, versus mode, practice mode and a host of online modes that include Ranked mode, player lobbies, and tournament modes with in-built fighting game competition brackets.

Some of the things you can unlock with in-game currency are both the artwork and ending movies for every character throughout the tekken saga. While their inclusion seems to be primarily to give canon summaries to support the story mode, the throwbacks that go right back to the PS1 era are a nice add on. The only missing ending is the endless loop for Gon in Tekken 3, though it’s easily found on YouTube so its no biggie.

In the PS4 version, things get even more nostalgic as every soundtrack for every Tekken game has its own playlist to replace the Tekken 7 soundtrack should you wish. You also have the opportunity to make your own custom playlist for every stage and mode, mixing and matching between them. While I did try Tekken 7’s soundtrack out for a while, ehich eqs extraordinary, the call for a mix between Tekken 4 and Tekken tag tournament soundtrack, with elements of other games thrown in for good measure, was amazing! It really brought about a new feel to the game every time. Now if we could just get anna williams in a future dlc all would be perfect!!

Tekken 7 is a superb fighting game experience and one I’d highly recommend. It’s by no means flawless, as the game is not without a few technical issues online, some long loading times, and minor continuity errors, yet as far as most people will be concerned, it delivers a stunning, up-to-date fighting game experience from one of the masters of arcade fighting games. A solid return to form.So if your new or a returning fan its worth a buy, will you keep you busy along with injustice 2 this summer!

This gets four out of five stars.

Dolly Parton Christmas on the Square Netflix movie: When is Dolly’s...

The Beatles: John Lennon was ‘utterly distraught with no support after...