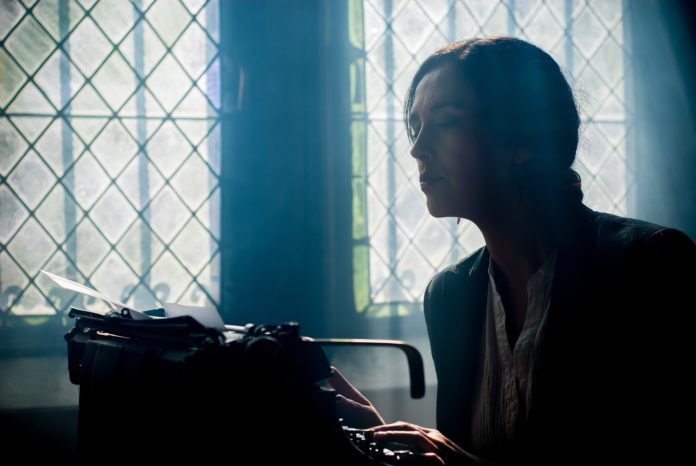 It is well-known that the life of an artist can be a painful one. Socrates died for truth. Van Gogh suffered from mental health issues. Frida Kahlo’s story is one often fraught with sadness and frustration. But now, in our image-obsessed modern culture, artists have never had to deal with more scrutiny and anxiety.

Certified Clinical Hypnotherapist and Mindfulness practitioner, Sherly Sulaiman, knows this better than many. She has worked with artists one-on-one, and even taught a class, “Mindfulness for Actors and Artists,” to address the stress that comes with pursuing artistic passions.

“Actors and artists place their creative hearts on their sleeves and lay them out for display—as vulnerable to damage as a heart would be physically in the open air—with each audition or presentation of their work,” says Sulaiman. “It’s easy to thrive on the highs when they book that job or are praised for their work, but when this doesn’t happen, it can be utterly devastating. It’s not just the disappointment of being rejected—actors know that they won’t get every role for which they audition—the rejection can also remind them of the alternative career they chose that often lacks monetary reward and stands outside of more mainstream professions. This can trigger doubt and insecurities about not being worthy or good enough.”

Sulaiman points to changing unconscious beliefs that are culturally perpetuated.

“An effective way to counteract this is to let go of negative deep-seated beliefs that may unconsciously be playing in your mind, like a remake of a B-grade horror flick. The original version wasn’t good to start off with, but now all those horrific scenes keep playing over and over in your mind. Clearing these negative beliefs helps prevent external factors from triggering them. The film in your mind now transforms from a horror flick into ‘La La Land,’ where dreams come true. This process has been particularly empowering for my female clients, who feel the additional pressure to stay youthful for the entertainment industry.”

It’s not surprising that, as a culture and an industry, we perpetuate deep-seated notions about gender. In 2016, only 7% of directors of the top 250 films were women. And that was down 2% from 2015. Furthermore, a third of the top movies of 2016 didn’t even pass the Bechdel Test  – i.e. have two female characters with names, who, at some point, share dialogue about something other than a male character – a bar so low that it would seem any movie approaching an accurate depiction of real life would pass it.

To challenge our unconscious biases, a new streaming platform has sprouted up with a simple mission — invite and celebrate women in film.

The world of internet video has provided a more level platform for female creators, like Josie Kaye, or Dr. Josie K, as her YouTube viewers know her. “In my early twenties, I was trying to pursue acting,” says Kaye. “I was terrified of getting in front of a camera, but I realized I was never going to make it waiting on someone else. I would have to overcome my fears to create opportunities. I started a Youtube Channel and got in front of the camera over and over again. Today, that same channel has had over 2.3 million views. Being in front the camera is not only my home but my career.”

Blue Fever, being billed as “Netflix for badass women,” is an online video content source meant to help bridge the Hollywood gender gap. Their storytelling focus is female. Their writers and directors are female. Their ownership is female. And their plan is to offer a place where women can finally get exposure for their film/television endeavors, and where viewers can see all the amazing stuff women are capable of.

Greta McAnany, co-founder and COO of Blue Fever, says, “Being an artist can be very lonely because it’s one of those jobs that’s never done and you’re always hammering away at your work in the confines of your head. Lauren and I went out on our own and created Blue Fever to actually find the support that the Hollywood system promised but never delivered. We are so excited to support other women as they ‘go out on their own’ and hopefully find that there is a community and business model waiting for them.”

They already feature mega-star performers on their site like Sarah Michelle Gellar and Gina Rodriguez, which proves that there is a long-silenced, but deeply-felt need for something like this.

“It’s so refreshing to have a platform like Blue Fever to share the creative work and films of women to further shift the industry,” says Kris van Genderen. “I feel supported in my own efforts to create documentaries for families with my company Dock Your Memories. In such a saturated marketplace with YouTube and Vimeo content, it’s wonderful to have a curated, supportive community of women to uplift and put out top quality female content.”

Women have had a harder time than men dealing with the mental stress of trying to break into the film industry, simply because they’ve had more of it. The list of qualities an actress has to meet to “make it” is staggering. Even worse, while artists like Van Gogh and Hemingway get immortalized and remembered for their pain, female artists often live, perform, and die in obscurity because they didn’t meet that list of requirements.

“I feel passionate about creating my own work because it’s by my rules, my vision, and my standards,” says Tess Bellomo, co-creator of Liked Web Series. “I didn’t feel trapped under a (usually male) producer who was telling me how to dress, what to say, and how to act. I usually felt belittled and overly sexualized [before]. When reading for auditions, I thought: ‘This isn’t how women speak.’ I love being in control and representing an authentic group of females.”

We can’t retroactively change the past, and help the women artists of history. But, with platforms like Blue Fever paving the way for a better future, perhaps these same problems won’t have to be so pronounced.