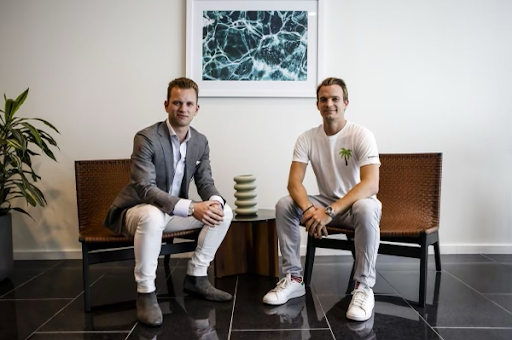 The crypto market has experienced rollercoaster-like inclines and declines during the last few years in ways that would make a timid fawn of the boldest investor. Though it may not seem reassuring, co-founders of Security Token Market (STM) Kyle Sonlin and Herwig Konings believe that tokenization represents the path to unlocking a society that transcends geographic and national boundaries. As such, the duo has made great strides towards getting the industry adopted into the global economic ecosystem. Today they’re spearheading the next evolution of the digital asset market, securing its place as the back-end foundation of a new global economy. Lofty these ideals may be, they are in fact well within the realm of reality, and perhaps even the near future.

While every facet of our lives has evolved towards a world connected through technological innovation, the global financial system has remained in the dark ages. In fact, they haven’t undergone a fundamental change since the adoption of the SWIFT network in the 1980s, and it shows by the lack of efficiency, security, and practicality. In traditional public markets, stocks and bonds are seldom traded between overseas companies due to tedious processes and high costs, cornering investors into operating in fragmented markets characterized by fractional inequality and constrictive international regulations.

With security tokens, financial investments are standardized to enable capitalists worldwide to exchange with each other seamlessly. Through Smart Contract Optimization software, STM can automate most processes associated with accumulating and trading assets such as compliance procedures, making it quick and cost-effective. Tokenization of assets and portfolios gives companies the ability to monitor and audit the investment at will, which not only provides peace of mind and an increased rate of interest, but also prevents illicit activity such as fraud or exploiting the system. A permanent record of possession is simultaneously created over time that will decrease the cost to money and time in transactions to come.

For obvious reasons, technology that is both cutting edge and hassle-saving has proven to be highly appealing in a number of financial sectors already. However, the true wonderment of security token lies in the impact that it has in the global market. While traditional avenues restrict international buyers, sellers, and investors to local markets, tokenization expands their access to overseas assets such as property and company shares. This is a real game-changer, especially for capitalists and investors that operate out of countries with unreliable currencies, as it gives them inexpensive access to more stable assets located in stable markets.

At the pace our world is transforming, the time has come for the global financial system to board the globalization train. Time and time again, this sector has been proven to be counterproductive and lacking in security, outdated to the point that many transactions still occur on paper. At this point in history, it’s absolutely imperative that financial transactions are backed and secured with technological innovation. As such, it seems that a shift in the economic system towards blockchain-backed digital currency is inevitable. Until then, Sonlin, Koning, and their associates will be working tirelessly towards expanding the use of security token and revitalizing the industry therein.