Martin Landau well known for his roles in Ed Wood and Mission Impossible died Saturday in Los Angeles at UCLA Medical Center of complications as reported by his publicist.

A five time Emmy winner Landau played leading men on many television shows, most notably as Rollin Hand, a master of disguise on “Mission: Impossible.” He later spent a couple of years starring in syndicated sci-fi series “Space: 1999,” on which, as with “Mission: Impossible,” he co-starred with then-wife Barbara Bain.

He was also known for his first big screen role in “North by Northwest,” playing a villain who does Mason’s dirty work. During Mission Impossible’s run from 1966- 1969, he drew Emmy nominations three years in a row.

In the mid-70’s he starred in a two year run of Space: 1999.  In 1988 Francis Ford Coppola cast Landau in Tucker: The Man and His Dream, where he played Abe which bought Landau a Best Supporting Actor Nominee at the 61st Academy Awards.

In 1989 Landau once again garnered the Best Supporting Actor nomination in Woody Allen’s Crimes and Misdemeanors where he played Judah Rosenthal.

Landau once again landed the Best Supporting Actor nomination at the 1994 Academy Awards for his portrayal of Bela Lugosi in Time Burton’s “Ed Wood”. This time the nomination landed Landau the award.

Landau is survived by two daughters, writer-producer-casting director Susan Landau Finch and Juliet Landau of “Buffy the Vampire Slayer” fame, a sister and a granddaughter.

5 Essentials To Building A Successful Small Business With Andy Audate 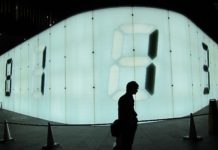 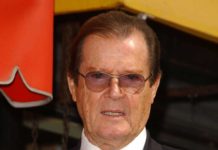