You may not know Canadian actor Tod Fennell by name. But you’ve probably heard his voice, especially if you’ve been doing any gaming while you’re stuck inside.

Fennell is the talent behind a slew of characters from games including Assassin’s Creed and its sequels, the Deus Ex series, The Division and The Division 2, and Tom Clancy’s Ghost Recon Breakpoint. Perhaps his most loveable and memorable game character was in Far Cry New Dawn, where Fennell played the gullible Bean, creator of Wiki-Bean-ia, who can’t seem to figure out what an orgasm is.

A lot of clout goes to environment designers and character animators. But what about the voice actors who bring the characters to life? What’s it like for them? “For lack of a better word,” says Fennel, “it’s fun!” He says the exaggerated worlds of gaming give an actor room to flex their creative muscles and take their imaginations to the next level.

If you’re entertaining the idea of a career path in video game acting, there are some things to consider. Some actors say that all acting is just acting. But Fennell, who’s also a traditional actor with credits that include films like The Spiderwick Chronicles and shows like The Art of More, points out some key differences that make acting for video games uniquely challenging—and uniquely rewarding. “First of all, there’s a lot of tech to navigate,” he notes. “Whether we’re in a sound booth or a motion capture studio, we’re fully geared up with equipment, so there’s a physical challenge in that.” While traditional acting allows you to use wardrobe to get into character, Fennell says that with motion capture, that technique goes out the window. You rely on your imagination.

Flexing your imagination for game acting is both a challenge and a privilege. It’s a challenge because you can’t see what you’re acting against. “That threatening boss dragon is usually a tennis ball or a broom stick with motion capture sensors on it,” Fennell says. But it’s a privilege because, unlike film and television acting, you aren’t limited by your physical appearance. As long as you can morph your voice and nail the movements, you can play anyone or anything. He says for that, video game actors are less likely to be typecast or pigeonholed.

A ‘Surreal and Exhilarating’ Collaborative Effort

For a video game character to truly work, a number of different elements have to come together in sync. “From the stunts to the dialogue, the props, the sound recording and the motion capture cameras, there are so many moving parts,” Fennell says. “When everything works simultaneously and we watch a perfect playback, there’s a huge celebration.”

In the acting studio, you can’t see the environments, or even the design of your character. Fennell says seeing the final product is “often surreal and exhilarating.” It’s a collaborative effort, with a diverse team of talents. “Creating with so many other people is an adrenaline rush every time. It’s euphoric when a take really comes together.”

Find Your First Acting Job With a Small But Growing Company

Fennell got his start with Ubisoft back in 2006, after doing television work for shows like Nickelodeon’s beloved Are You Afraid of the Dark? and Goosebumps. After a successful gig on the playable demo for Prince of Persia: Sands of Time, Fennell started getting offers for small roles in other Ubisoft games. This eventually segued to larger roles in bigger games as the company grew. “I’ve been lucky to witness firsthand the evolution and expansion of Ubisoft as a company over the last 10 plus years,” Fennell says, “and I’m proud to have been able to play a small part in that growth.”

You don’t have to be a gamer to be a voice actor for games. But it does help. As a gamer, Fennell says he favors RPGs like Diablo 2, and first person shooters like Call of Duty. He says he once logged into the Borderlands online co-op to find his friend in the game. “I engaged the enemies and they started attacking us furiously.” Borderlands has a ‘knock-back’ effect, Fennell says, “so my friend’s character was flying all over the place and I kept reviving him, screaming ‘I got you!! Watch out! On your left!’ Anyway, this went on for a solid 10 to 15 minutes until I realized that not only was he AFK [that’s ‘away from keyboard,’ for us normies], but that he had been in India for about a week and had just forgotten to log out of the game!”

In addition to games, television and movies, Fennell says working through agencies with major brands is a great way to keep work steady and interesting. Working through agencies, he’s appeared in everything from Subway and McDonald’s ads to Candian government campaigns and airline safety videos.

Like gaming, voice acting is perfectly suited for the current stay-at-home environment. For the time being, Fennell says you can find him setting up his home studio to help him work remotely, and he says he’s writing and producing a feature film with some friends in Toronto. 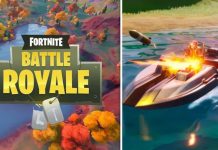 No Time To Die: ‘You have to honour James Bond of old’ says Moneypenny star Naomie Harris

John Lennon wife: What happened to Cynthia Lennon after her divorce from The Beatles star?

Football Manager 2021 is coming to Xbox One and Xbox Series...

Jerry Lewis – The The Nutty Professor Dead at 91 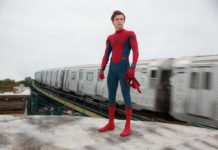 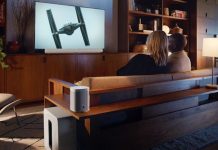 Want to upgrade your Sonos speaker? You could get free streaming...

ABBA reunion: What have the members of ABBA done since the...