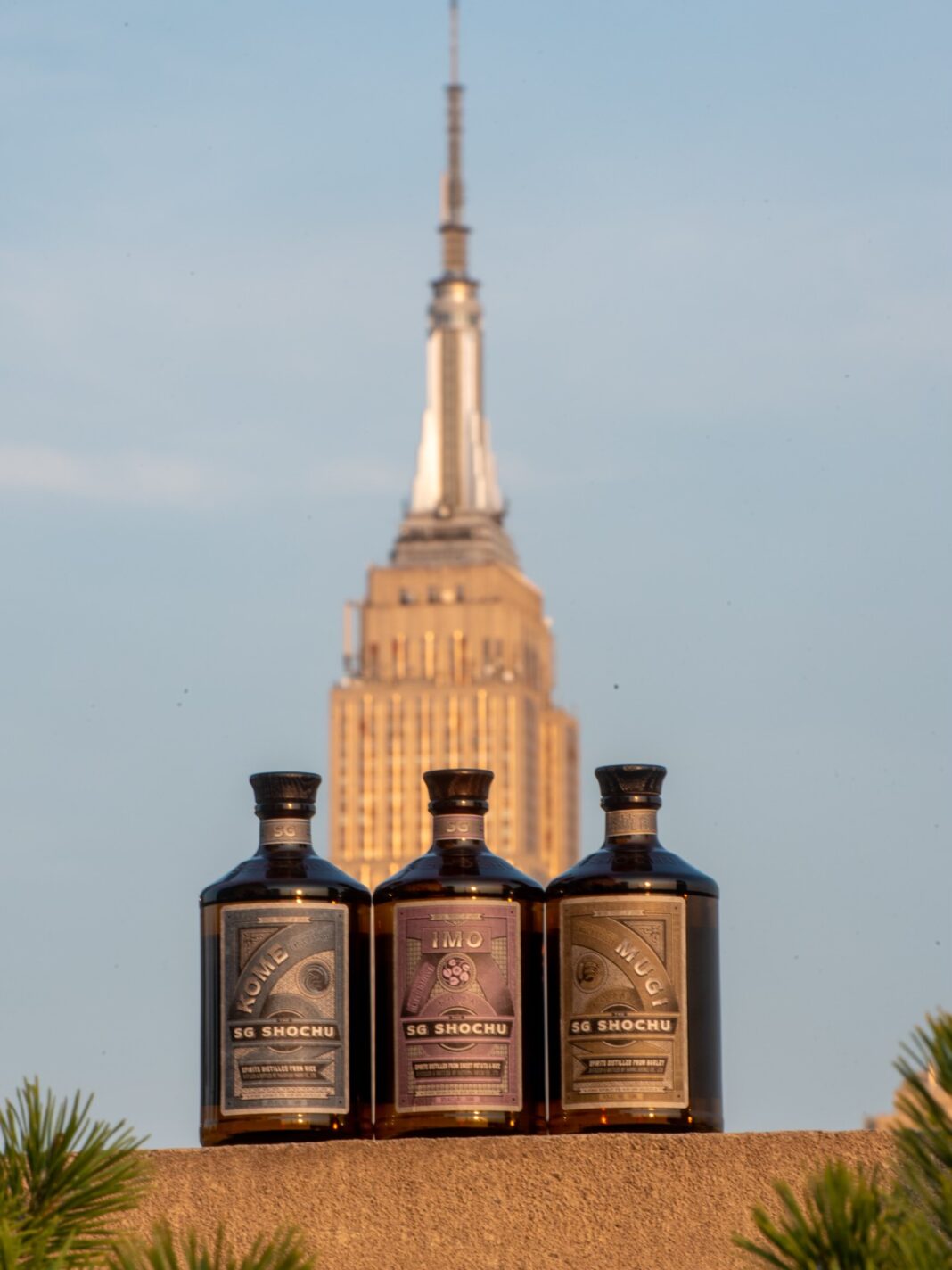 When you hear the word “shochu” – what do you think?

You might then confuse it with the Korean alcoholic beverage soju (I also did this).

I do not consider myself a distilled spirits noob, however, I quickly learned that I am, in fact, a shochu neophyte. I wanted to change that and share the knowledge, so I spoke to Joshin Atone, the Director of Brand & Product Design at SG Shochu, to break it all down.

Atone started with the basics, differentiating shochu, sake, and soju. He explained that shochu and sake originated in Japan while soju comes from Korea. Sake is similar to wine in that it’s a brewed beverage, but both soju and shochu are distilled spirits.

Inevitably, I did not know what koji was.

According to Atone, koji is a mold vital to Japanese fermentation.

“The use of koji allows for a longer fermentation period, allowing for complexity to develop in flavor, and allows for the ABV in the mash to rise higher than typical distilled spirits,” Atone said.

That’s why shohcu has a higher alcohol by volume (ABV) than sake.

Inexorably, I had to see and taste what these were all about.

Over a taste-testing, one tester described the SG Shochu KOME as, “sake with balls.” I would agree, but because I’m a feminist, I’d describe it as sake with a very fruitful set of ovaries.

Atone described the expression as  having a “floral nose with clean, crisp profile—think distilled ginjo sake,” and he recommended using it like vodka or gin in cocktails.

The SG Shochu IMO, which is made from a rare purple sweet potato known as Eimurasaki, felt like a more tropically oriented drink. It was validating to my tastebuds to hear Atone suggest using IMO in place of tequila or rum in cocktails.

Verdict: I would revisit all of the expressions again, and am excited to try them in my favorite cocktails.

Atone said Shochu highballs are a great way to start for those who have never tried the spirit, adding “the carbonation brings up the aromas quite nicely.”

Interview: Brian Pruett inspires us to be one percent better

Magic Men Australia is one of the fastest-growing male revues in...

History is Doomed to Repeat Itself If Others Wait As Long...